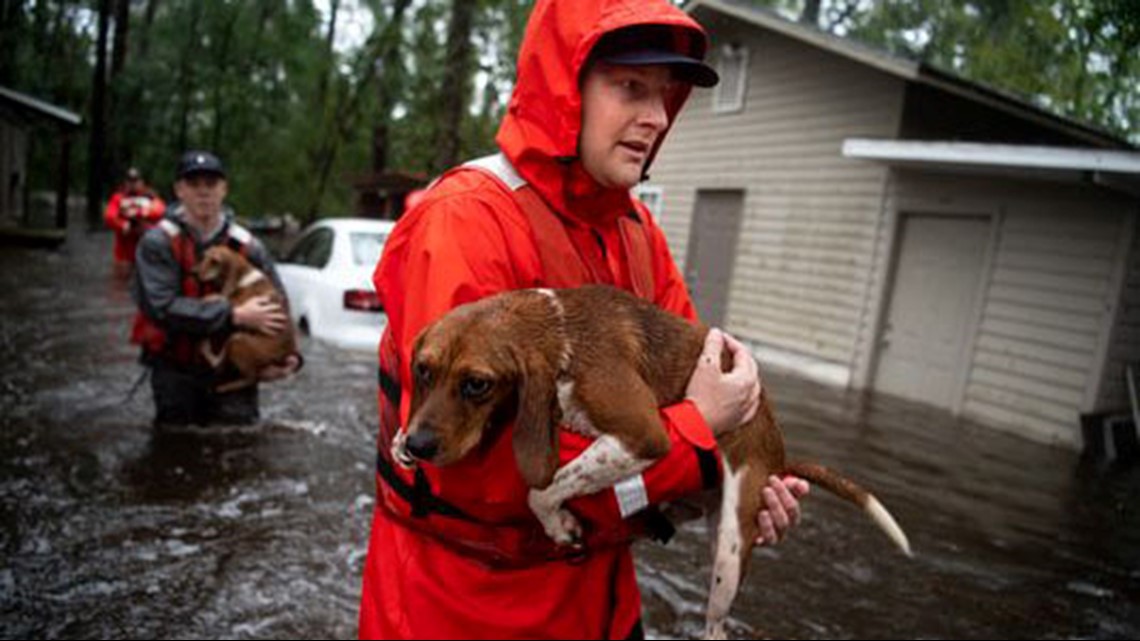 As Hurricane Florence barreled toward the Carolina coast, Tammie Hedges took action to protect pets that might have otherwise been caught in the storm – a decision that led to her arrest.

Hedges, a resident of Wayne County, North Carolina, was taken into custody Friday after providing care to more than two dozen animals – 17 cats and 10 dogs – for owners who had to evacuate before the storm hit.

The owner of Crazy’s Claws N Paws, a donation-based animal rescue center, was in the process of converting a warehouse space into a proper animal shelter when she decided to use the building to help keep pets dry. However, her facility was not legally registered as a shelter.

“Our mission was to save as many animals from the flood that we could,” Hedges said. “We went through Hurricane Matthew and it was horrible. There were many preventable deaths.”

She said an elderly couple dropped off 18 of the animals, some of which were sick and injured, just before the storm.

On Monday, after Florence passed, Hedges got a call from Wayne County Animal Control regarding the animals.

“He basically told me, ‘You can voluntarily hand over the animals, or I can go get a warrant,’ ” Hedges said.

She willingly surrendered the animals.

“A few days later they called me in for questioning and yesterday they arrested me,” Hedges said.