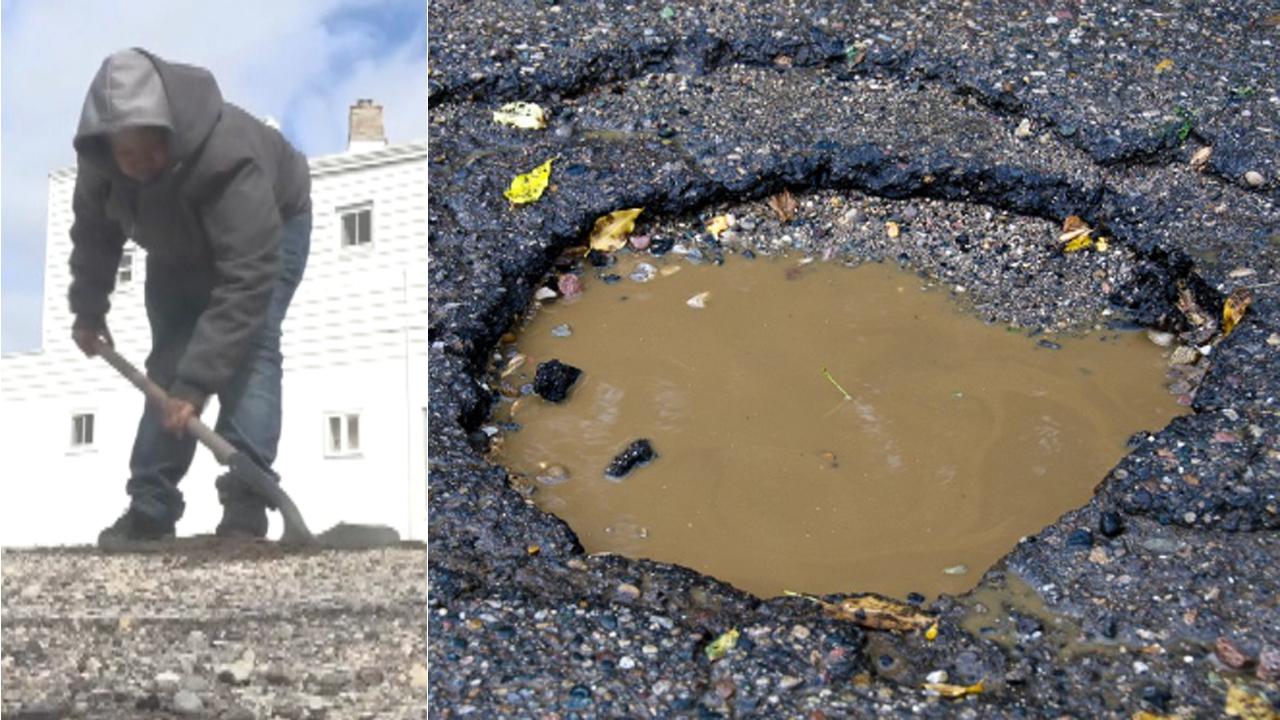 Monte Scott, 12, has been filling potholes up and down his street, armed with a shovel and a giant garbage bin full of dirt to help his neighborhood street recover from a bad winter that’s ruined roads.

A 12-year-old boy in Michigan has decided he’s not going to wait for officials to fill the large potholes dotting a street near his home and is instead getting his hands dirty and filling the craters himself.

Monte Scott starting filling potholes last week using a shovel and dirt from his backyard in Muskegon Heights after he grew fed up with the state of neighborhood roads.

“I didn’t want people messing up their cars like my mom did,” he told WZZM-TV. “If somebody were to drive down the street and hit a pothole, and then would have to pay like $600-700 to get their car fixed, they would be mad.”