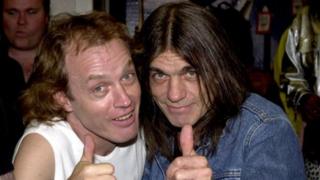 Australian guitarist and AC/DC co-founder Malcolm Young has died aged 64 after a long battle with dementia.

He died peacefully on Saturday with his family nearby, a statement said.

Young will be remembered for his powerful rhythm guitar riffs that were instrumental in propelling the Sydney heavy rock group to stardom.