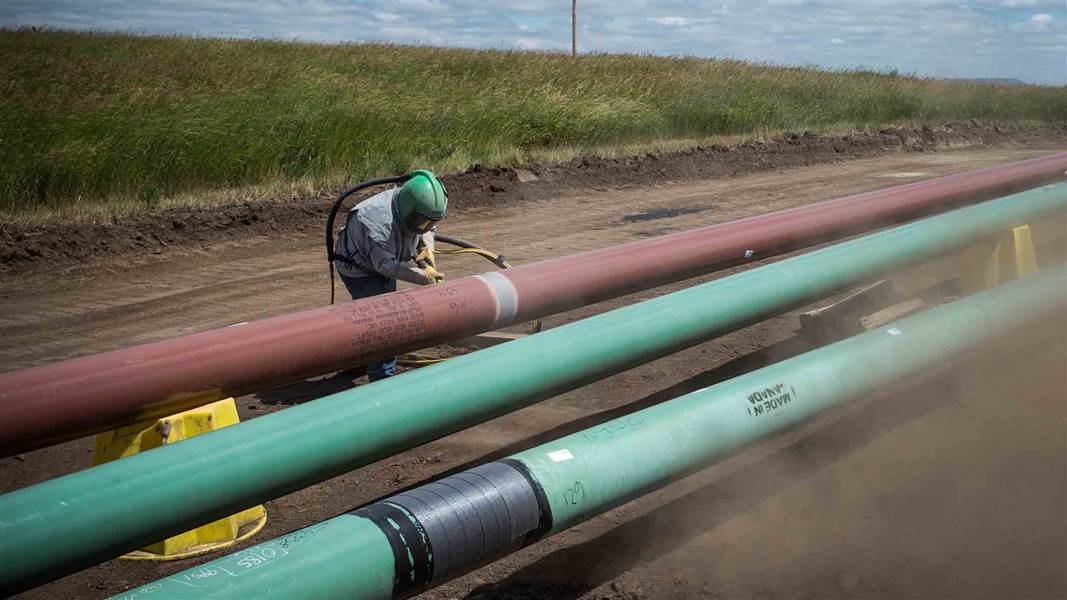 A day after a Keystone Pipeline leak spilled more than 200,000 gallons of oil in South Dakota, the pipeline operator says the incident is “controlled” and there is no risk to public safety.

TransCanada Corp. said in a statement Friday that “we take this incident very seriously and are working with federal and state regulatory agencies,” and has over 75 people working on the response to the leak, which was reported Thursday, in a sparsely populated area of Marshall County, near Amherst in the northeastern part of the state.

A South Dakota Native American tribe said that the leak shows that a planned pipeline extension that will be voted on by Nebraska officials this week is not safe. Cheyenne River Sioux Tribal Chairman Harold Frazier says the extension, called Keystone XL, will be within three miles of the tribe’s reservation.

President Barack Obama rejected the Keystone XL project in 2015 over its potential impact on the environment. But President Donald Trump revived the project, saying construction would bring new jobs and lower energy costs among other benefits.