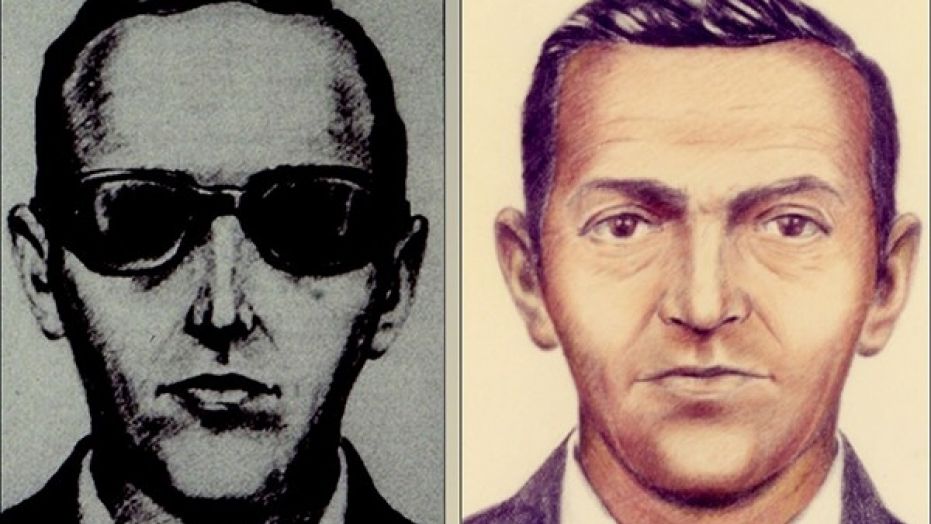 FBI released these sketches after a man named D.B. Cooper hijacked a plane flying from Portland to Seattle on Nov. 24, 1971 and then parachuted out the back door with $200,000, never to be seen again.

Newly released FBI documents pertaining to the D.B. Cooper hijacking case include a letter that may only deepen the mystery surrounding the notorious unsolved crime which marks its 46th anniversary this week.

“I knew from the start that I wouldn’t be caught,” says the undated, typewritten letter from a person claiming to be the man who said he had a bomb and commandeered a Northwest Airlines flight from Portland to Seattle on Nov. 24, 1971. After releasing passengers and crew members, the man then ordered the pilots to fly to Mexico, only to parachute out the back door somewhere over Washington’s rugged wooded terrain with $200,000.

“I didn’t rob Northwest Orient because I thought it would be romantic, heroic or any of the other euphemisms that seem to attach themselves to situations of high risk,” he said.

“I’m no modern-day Robin Hood. Unfortunately (I) do have only 14 months to live.”

The carbon-copy letter was turned over to the FBI three weeks after the hijacking by The Washington Post, The New York Times, The Los Angeles Times and the Seattle Times, which were each mailed a copy and published stories about its contents. The letter was in an envelope with a greater Seattle area postmark.