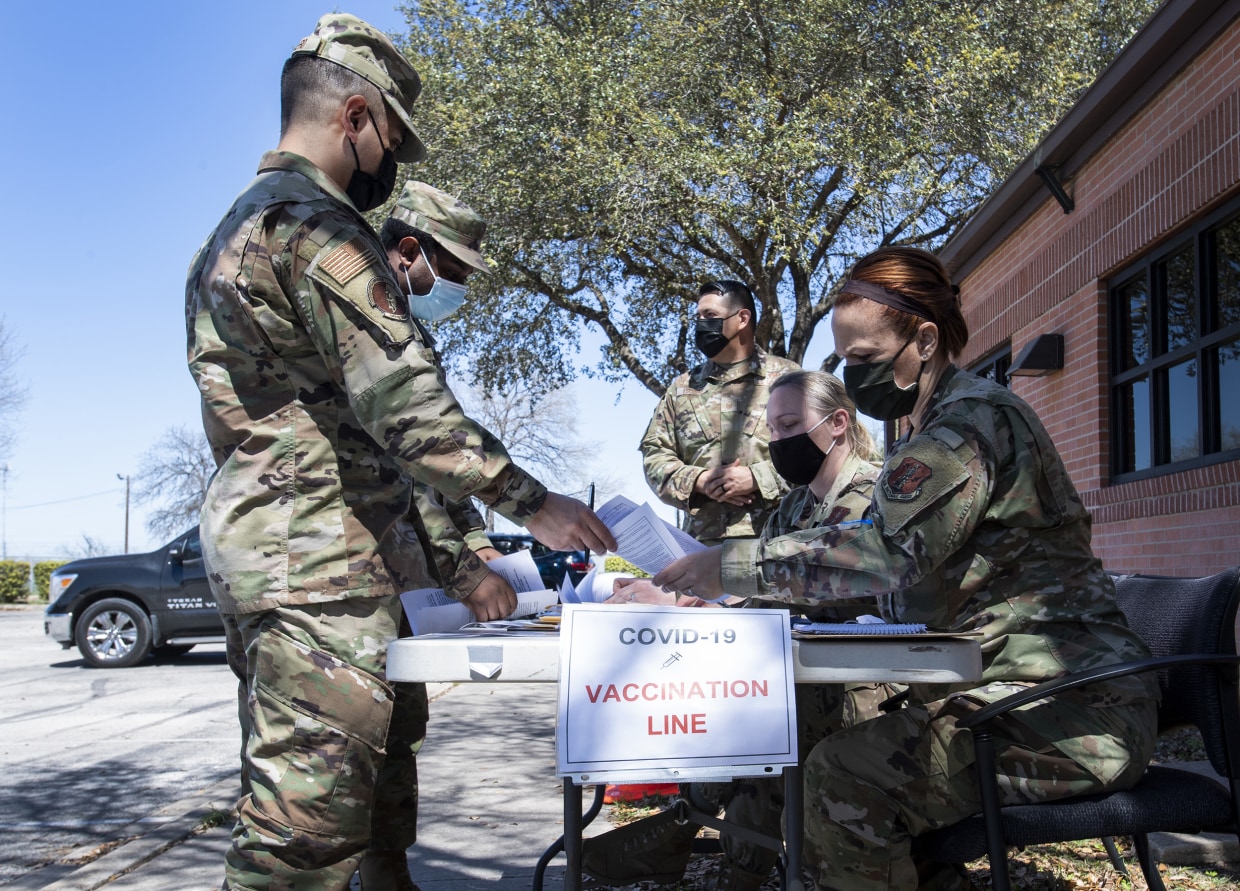 The Air Force has discharged 27 active-duty members who refused to get vaccinated against Covid-19 as required, a spokesperson said Monday.

The Pentagon has required vaccinations for members of the military, and the deadline for active-duty Air Force members was Nov. 2. Other branches have different deadlines.

The 27 airmen were discharged for failure to obey a lawful order, and none had exemptions, Air Force spokesperson Ann Stefanek said.

They are the first active-duty Air Force members to be discharged over the Covid-19 vaccine issue, Stefanek said. All were in their first enlistments, meaning they had served less than six years, she said.

The 27 airmen appear to be among the first active-duty service members to have been discharged for refusing to get vaccinated.

The Air Force and the Space Force had the earliest deadlines to be vaccinated of all military branches.

The vaccines were at least one factor in the 27 discharges; misconduct could have been a factor in some, as well, Stefanek said.