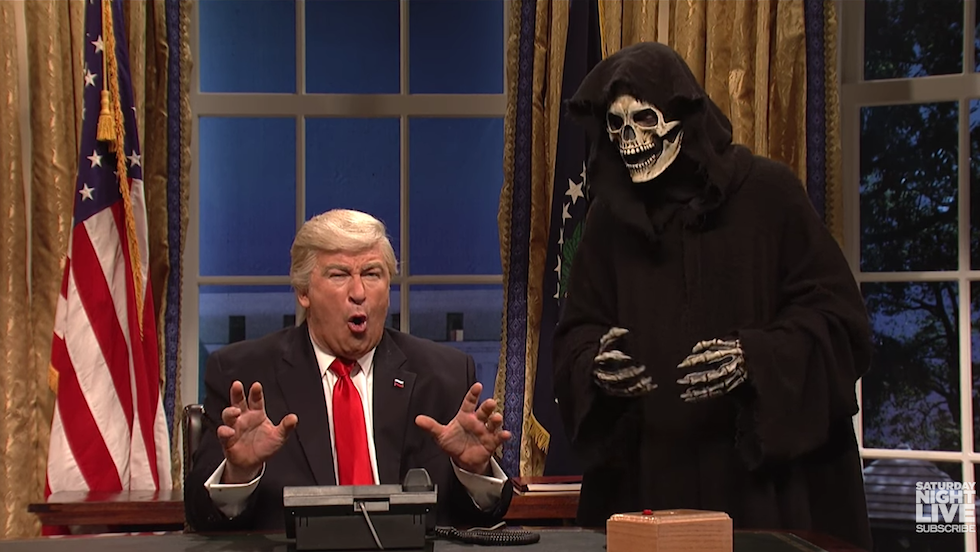 Actor Alec Baldwin on Sunday won the Emmy for Best Supporting Actor in a Comedy for his impersonation of President Trump on “Saturday Night Live.”

Baldwin, who impersonated Trump during the 2016 presidential race and following his inauguration, dedicated the award to Trump in his speech.

Trump’s show “The Apprentice” aired on NBC from 2004 to 2010, followed by the “Celebrity Apprentice” spinoff. During that time, the show was nominated for the Emmy Award for Outstanding Reality-Competition Program twice, losing both times to “The Amazing Race.”