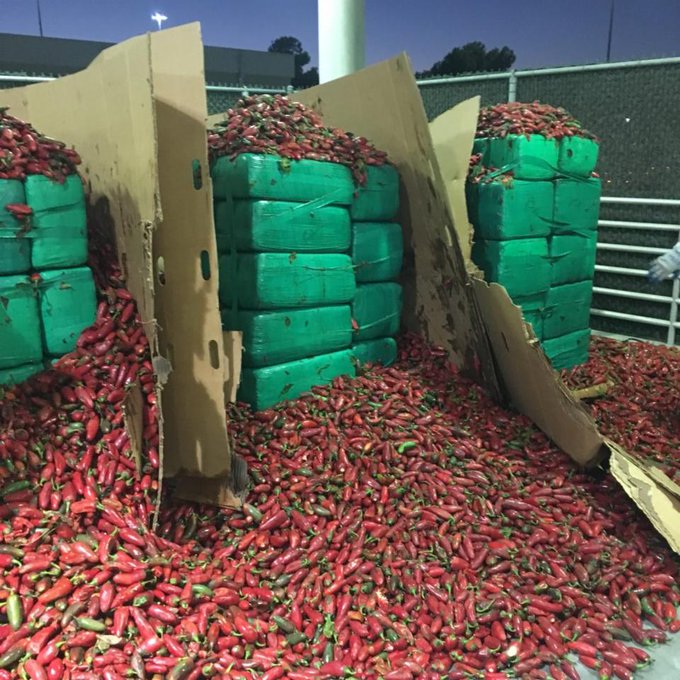 Authorities at a border checkpoint in San Diego seized nearly four tons of marijuana buried in a shipment of jalapeño peppers, officials said.

Officials at the Otay Mesa Port of Entry said the pot was stored in 314 packages aboard a tractor-trailer loaded with jalapeños.