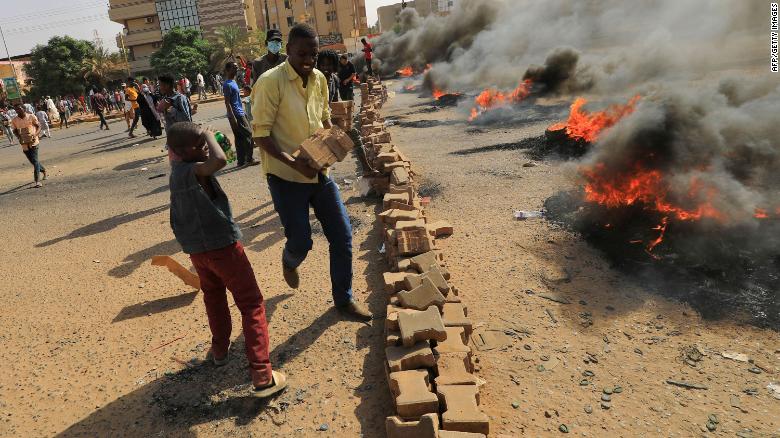 The U.S. expressed alarm on Monday over an apparent military coup in Sudan, shortly after the Biden administration’s special envoy for the Horn of Africa was in the country encouraging cooperation between civilian and military leaders of Khartoum’s transitional government.

Thousands of protesters took to the streets after reports emerged that the country’s Prime Minister Abdallah Hamdok was detained, with some reports suggesting the leader was put under house arrest, in addition to reports of detention of other senior government officials.

“The US is deeply alarmed at reports of a military take-over of the transitional government. This would contravene the Constitutional Declaration and the democratic aspirations of the Sudanese people and is utterly unacceptable,” U.S. Special Envoy Jeffrey Feltman said in a tweet.

“As we have said repeatedly, any changes to the transitional government by force puts at risk U.S. assistance.”

The U.S. has provided an estimated $377 million in humanitarian assistance for fiscal year 2021, making it the single largest donor of such aid.

White House Deputy Spokesperson Karine Jean-Pierre told reporters aboard Air Force One on Monday morning that the U.S. rejects “the actions by the military and call for the immediate release of the prime minister and others who have been placed under house arrest.”

Sudan’s top general early Monday morning reportedly announced the dissolution of the transitional civilian-military government, the Sovereign Council, a two-year-old government established in the wake of a popular revolution that overthrew the 30-year military dictatorship of Omar al-Bashir.