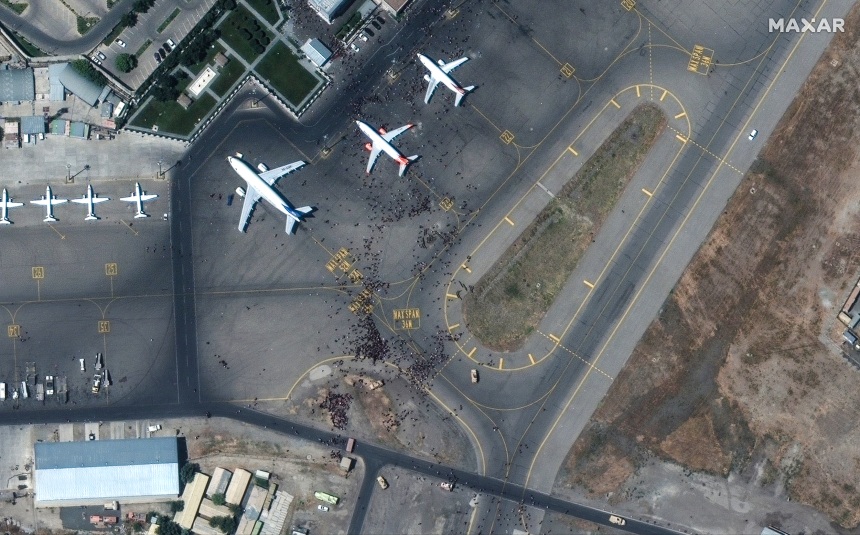 WASHINGTON — Many veterans of the war in Afghanistan can recall the specific moment they realized, years ago, that the war was already lost.

For others, it was a slow, creeping disillusionment.

But for most of them, watching as the Taliban reclaimed the country in a chaotic scene that unfolded as the American-backed government quickly collapsed evoked a range of emotions and left them questioning the sacrifices.

“I’m 0-2 in foreign wars; I watched the Iraqi army fold like a lawn chair, too,” said Jeff, a former U.S. Marine who did two tours in Iraq and one in Afghanistan and asked that his last name not be used because of his current job. “I thought I was going to be OK with this, but I’m simply not.”

Jeff said he’s had trouble focusing on his daily life for the past week as his TV has been filled with images of the Taliban’s gains and fleeing Afghan civilians.

“I keep going back and forth about how I feel about it: angry, sad, embarrassed,” he said. “As someone whose family business is the military, going back to literally the Revolutionary War, I never wanted to do anything else other than serve. I am completely embarrassed of my country right now.”

The emotions aren’t about politics for many of the former soldiers.

“I’m not mad that we’re leaving,” said John Rogers, who served with the Army in Afghanistan in 2010 and 2011 as an engineer. “I even voted for [President Joe] Biden because I felt [former President Donald] Trump would have been worse. But Biden wanted to rip the Band-Aid and move on without thinking if the wound is still open. It is, and there will now be a visible and unnecessary scar.”