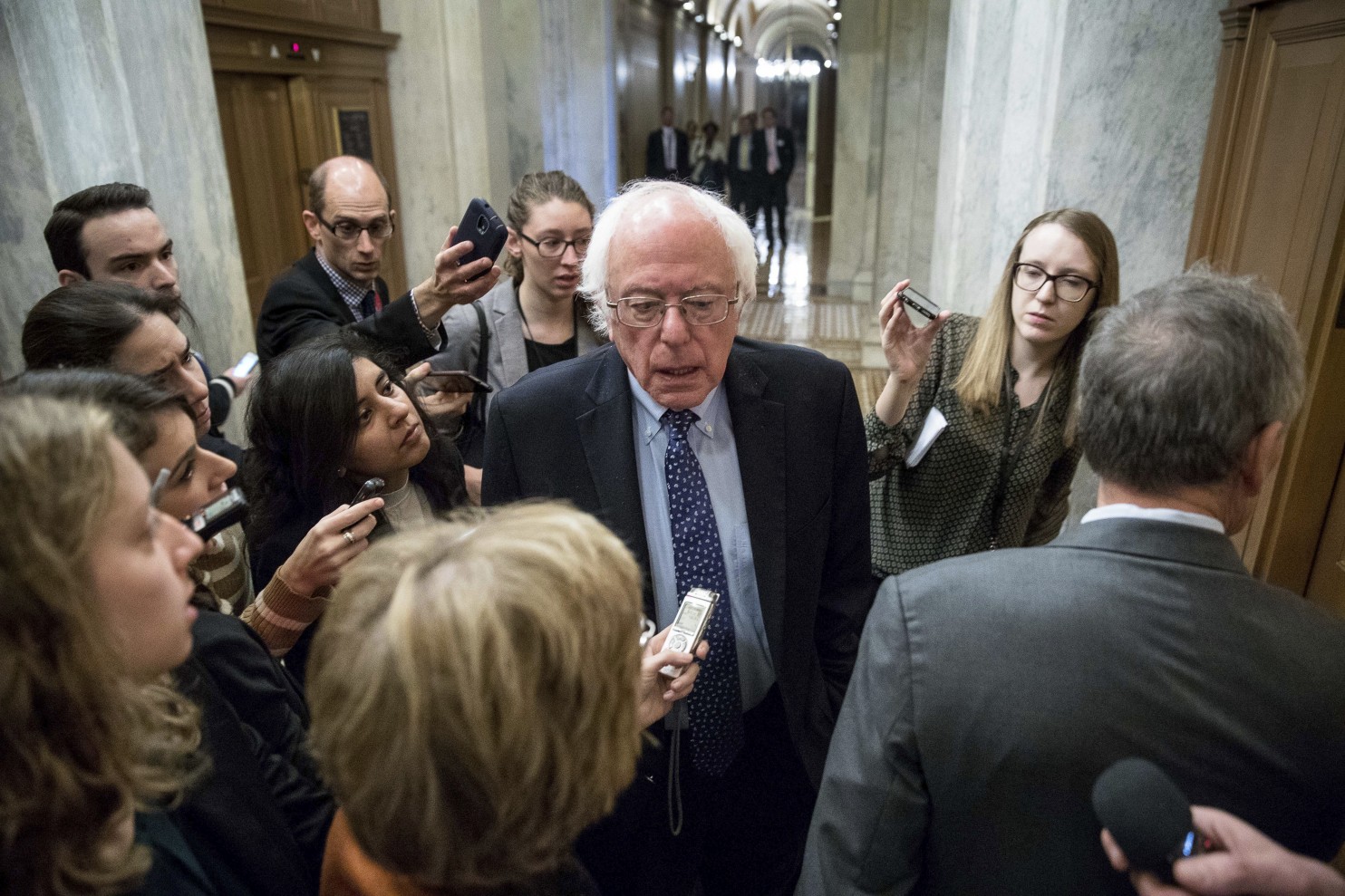 Former presidential candidate Sen. Bernie Sanders on Sunday cast President Trump’s moves this week to undo financial regulations enacted following the 2008 financial crisis as a betrayal of his campaign promises to stand up against Wall Street.

“This guy is a fraud,” Sanders (I-Vt.) said on CNN’s “State of the Union.” “This guy ran for president of the United States saying, ‘I, Donald Trump, I’m going to take on Wall Street. These guys are getting away with murder.’ Then suddenly he appoints all these billionaires, his major financial adviser comes from Goldman Sachs, and now he’s going to dismantle legislation that protects consumers.”

Trump on Friday signed an executive order ordering a review of U.S. financial regulatory laws and regulations, and he acknowledged a coming assault on the 2010 package of regulatory revisions known as Dodd-Frank. His chief economic adviser, Gary Cohn, and his nominee for treasury secretary, Steve Mnuchin, are alumni of the Goldman Sachs investment bank.

“We expect to be cutting a lot out of Dodd-Frank,” Trump said Friday during a meeting with business leaders, including executives of Wall Street firms. “Because, frankly, I have so many people, friends of mine, that had nice businesses, they just can’t borrow money … because the banks just won’t let them borrow because of the rules and regulations in Dodd-Frank.”