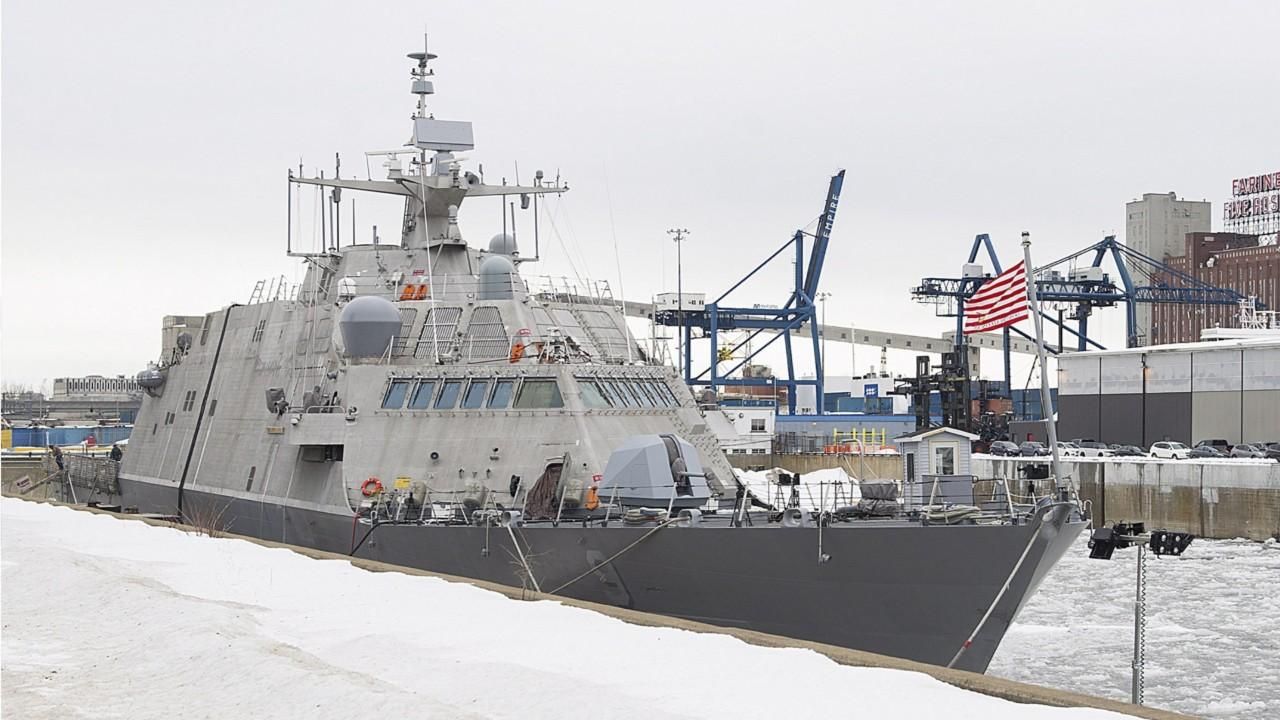 The brand-new U.S. Navy warship USS Little Rock is stuck in Canada. The warship has not moved from Montreal since Christmas Eve and will spend the winter stuck due to cold and ice.

A brand-new U.S. Navy warship has not moved from Montreal since Christmas Eve and will spend the winter stuck in Canada due to cold and ice.

The USS Little Rock – unveiled in a ceremony on Dec. 16 in Buffalo, New York and attended by nearly 9,000 people – has not moved far since due to adverse weather conditions that kept the warship trapped at bay in Canada, the Toronto Star reported.

The warship known as a Littoral Combat Ship (LCS) cost $440 million to build and stretches 387 feet in length and weighs 15 tons more than the Statue of Liberty. It is capable of traveling more than 46 miles per hour.

Such combat ships are described as agile and designed for rapid transitions between missions with minimal manning. They are used for surface warfare, counter piracy and drug operations, as well as other first response missions.