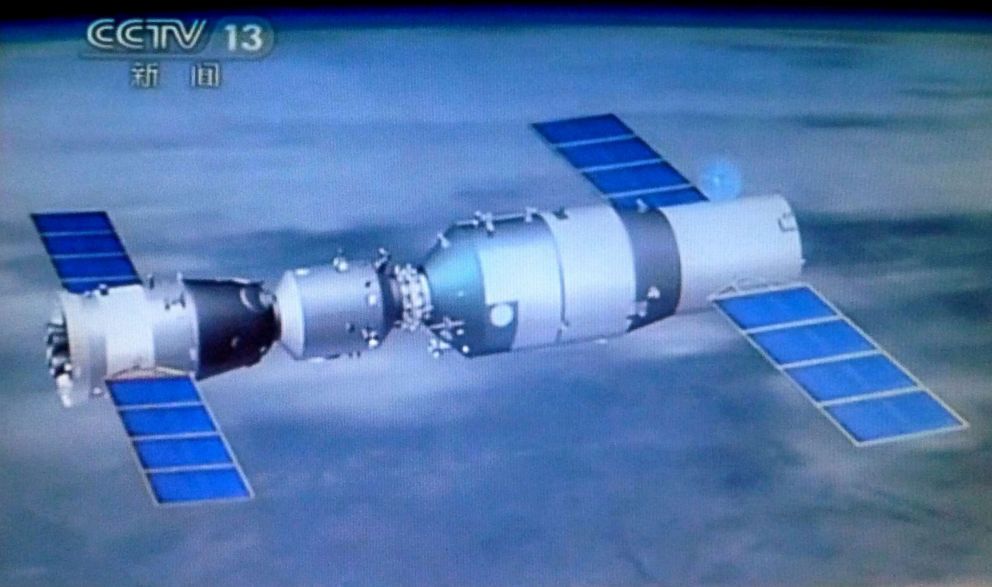 What goes up, must come down.

Simply put, that’s why there’s so much interest in Tiangong-1, China’s first space station, which was launched in 2011 and has been in decreasing orbit ever since. China admitted last year it no longer had control of the space station –– and now it’s getting close to plummeting back to Earth.

Most of it will burn up on re-entry, but there’s always a chance some of it will survive and hit Earth. That said, most of our planet is covered by water so the odds are overwhelming it will splash down in an ocean someplace.

China is already building another more ambitious space station — Tiangong-2 was launched in 2016 — as well as a lunar base, and is ramping up its space program dramatically. The European Space Agency is now sending its astronauts to train in China, since there is so little opportunity with NASA these days. NASA shut down its Space Shuttle Program following the launch of Atlantis in July 2011 and has sent astronauts up to the International Space Station on Russian launches ever since.