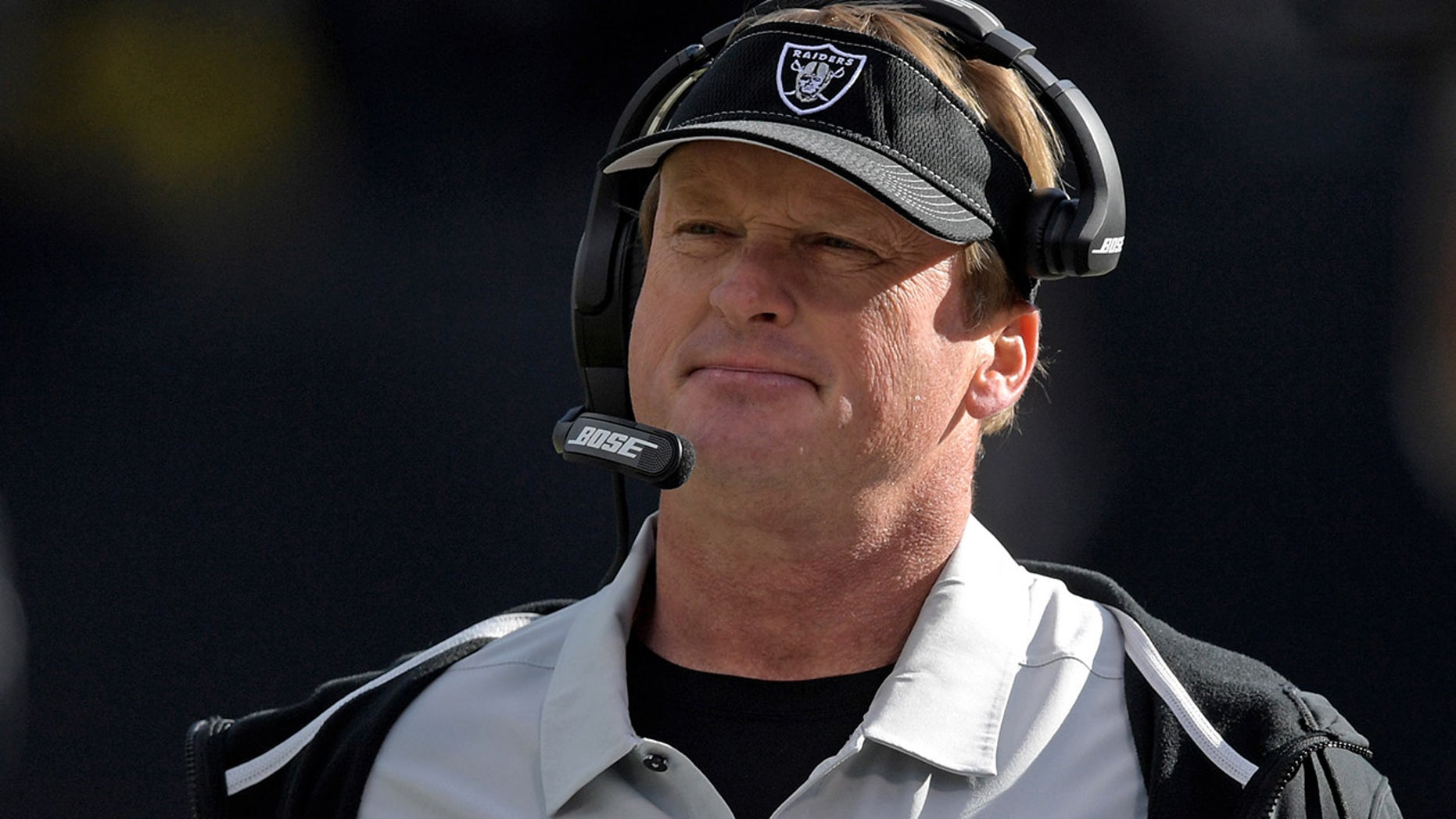 Jon Gruden filed a lawsuit against the NFL and Commissioner Roger Goodell in Nevada district court on Thursday, alleging they leaked private emails to The New York Times and The Wall Street Journal to force him out of a head coaching job with the Las Vegas Raiders.

Gruden is seeking damages on seven different claims as well as punitive damages and lawyer fees.

“Jon Gruden has filed suit against the National Football League and Commissioner Goodell in the Eighth Judicial District Court in Clark County, Nevada. The complaint alleges that the defendants selectively leaked Gruden’s private correspondence to The Wall Street Journal and New York Times in order to harm Gruden’s reputation and force him out of his job,” Gruden’s attorney, Adam Hosmer-Henner, said in a statement to Fox News Friday.

“There is no explanation or justification for why Gruden’s emails were the only ones made public out of the 650,000 emails collected in the NFL’s investigation of the Washington Football Team or for why the emails were held for months before being released in the middle of the Raiders’ season.”

In a 21-page complaint obtained by Fox News, the NFL and Goodell are alleged to have “sought to destroy the career and reputation” of Gruden through “a malicious and orchestrated campaign.”