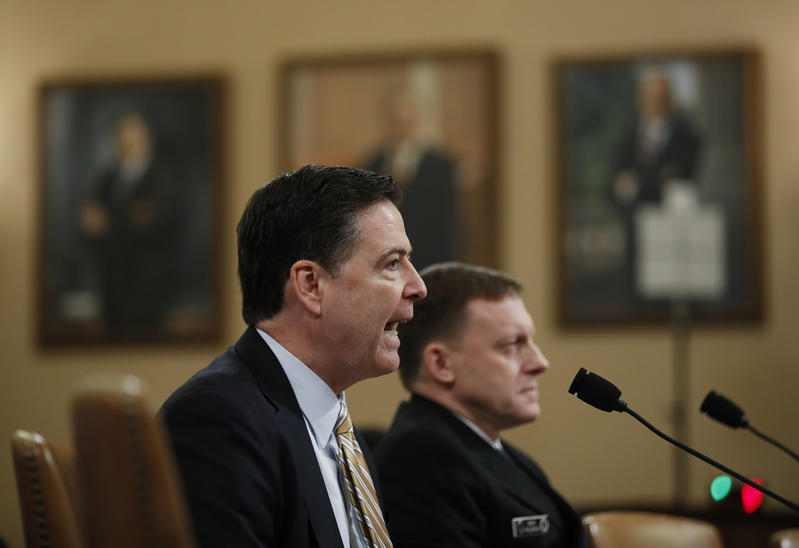 When asked at the hearing about the tweet, which came from the White House official account, Comey swiftly knocked it down.

“It certainly wasn’t our intention to say that today because we don’t have any information on that subject,” he said.

Comey had testified that the FBI is investigating possible illegal “coordination” between Trump’s campaign and Russian authorities during the 2016 campaign.

He said U.S. officials made no effort to determine if Russian hacking and leaks of Democratic Party emails had affected voters on Election Day, however.

Both Comey and Rogers said they stood by a Jan. 6 report by the U.S. intelligence community that said Russian President Vladimir Putin had approved the meddling in an effort to hurt Democratic nominee Hillary Clinton and to help Trump.