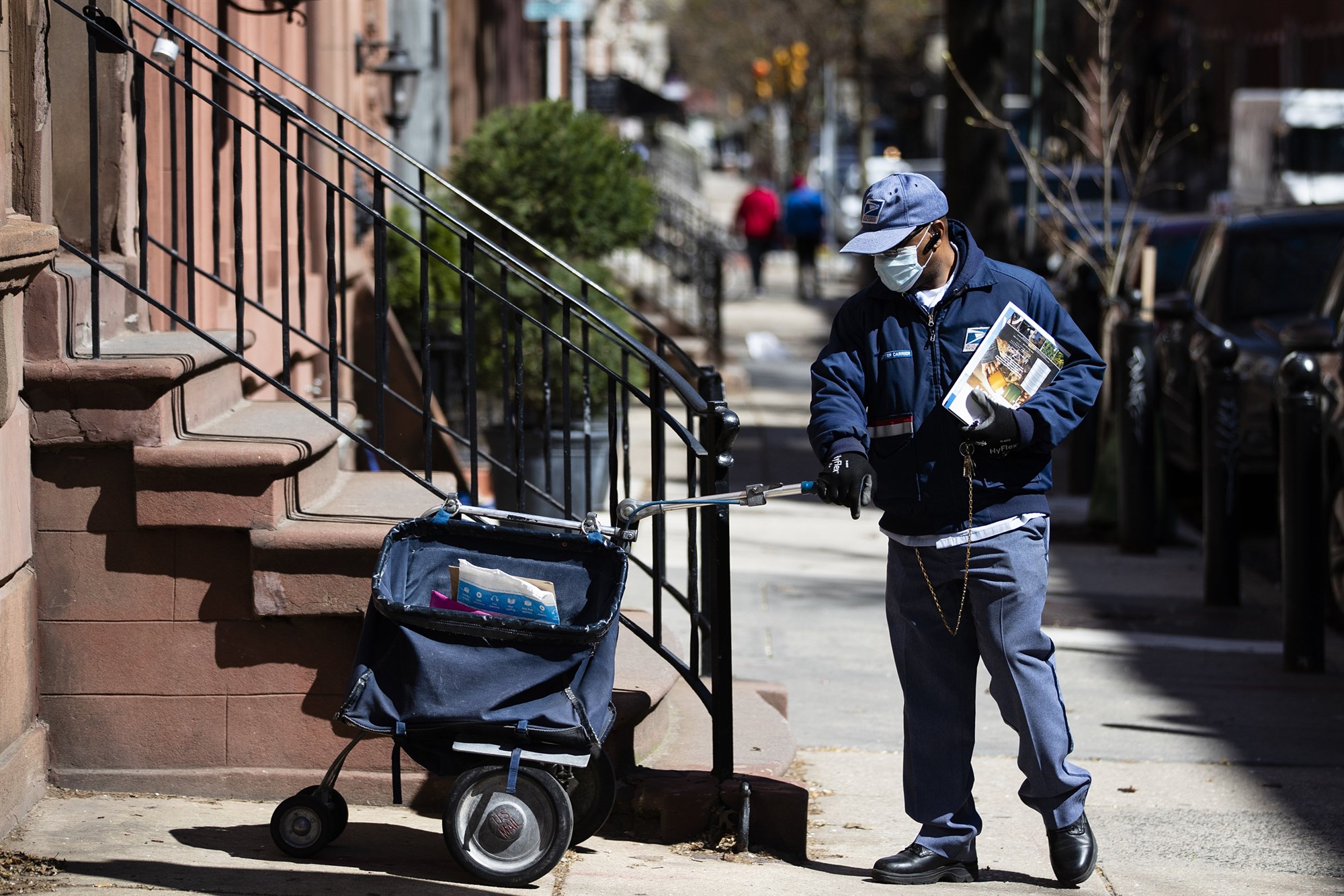 A letter carrier’s mail route is structured so that it routinely takes about eight hours to complete — but that was before the coronavirus pandemic began wreaking havoc on the already beleaguered U.S. Postal Service.

“Some days I’ve never seen it like this,” said one U.S. Postal Service letter carrier who spoke on condition of anonymity out of fear of losing his job. “Prescriptions and packages are up, but the paper mail we deliver, some days it’s gone down significantly.”

In order to fill his shift, he sometimes has to include parts of an absent colleague’s route, since his own doesn’t have enough mail to deliver.

The postal service employs more than 630,000 people, but it has long been vulnerable: First-class mail, the agency’s largest source of revenue, has been in steady decline since 2001.

Now, the coronavirus outbreak is dealing what some say could be a fatal blow to the agency.

Yet the same agency that will help deliver those economic relief checks is in need of major financial help itself. Postmaster General Megan Brennan estimated that the Postal Service would run out of cash by the end of September if it doesn’t receive government assistance.