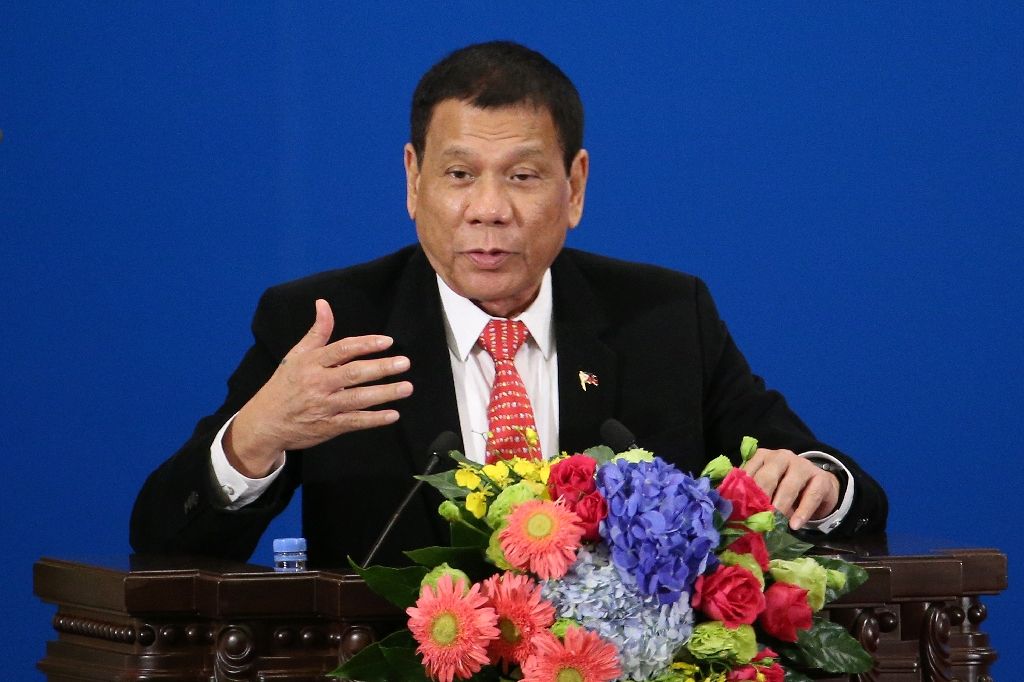 Beijing (AFP) – Philippines’ President Rodrigo Duterte declared his “separation” from longstanding ally the United States in Beijing on Thursday, as he rebalances his country’s diplomacy towards China.

Duterte is in China for a four-day trip seen as confirming his tilt away from Washington and towards Beijing’s sphere of influence — and its deep pockets.

“I announce my separation from the United States,” he said to applause at a meeting in the Chinese capital.

“America does not control our lives. Enough bullshit,” he added in a rambling speech that flipped between languages.

“How can you be the most powerful industrial country when you owe China and you are not paying it?”