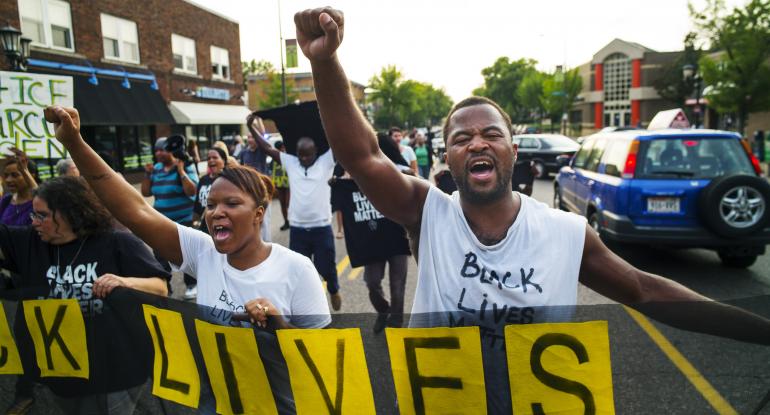 A Black Lives Matter leader in Minnesota who once led a rally chanting, “pigs in a blanket, fry ’em like bacon,” has since abandoned the movement, saying that it is “on the wrong side of history.” He attacked the organization as bad for the black community, especially on the issue of education.

Shortly after defending the hateful anti-police comments at that rally, St. Paul leader Rashad Turner left Black Lives Matter, because the national organization started opposing charter schools. “To hear Black Lives Matter national and NAACP national come out with a moratorium on charter schools put me on the opposite side of the table, and I believe it put them on the wrong side of history,” Turner told The Daily Signal.

Both Black Lives Matter and the NAACP quietly released education platforms attacking charter school growth. Charter schools give parents another option: these schools are run with public funds, but their operators have the freedom to make decisions involving curriculum, culture, budget, hiring, and firing. Such schools have outperformed traditional public schools and close the achievement gap between black and white students.