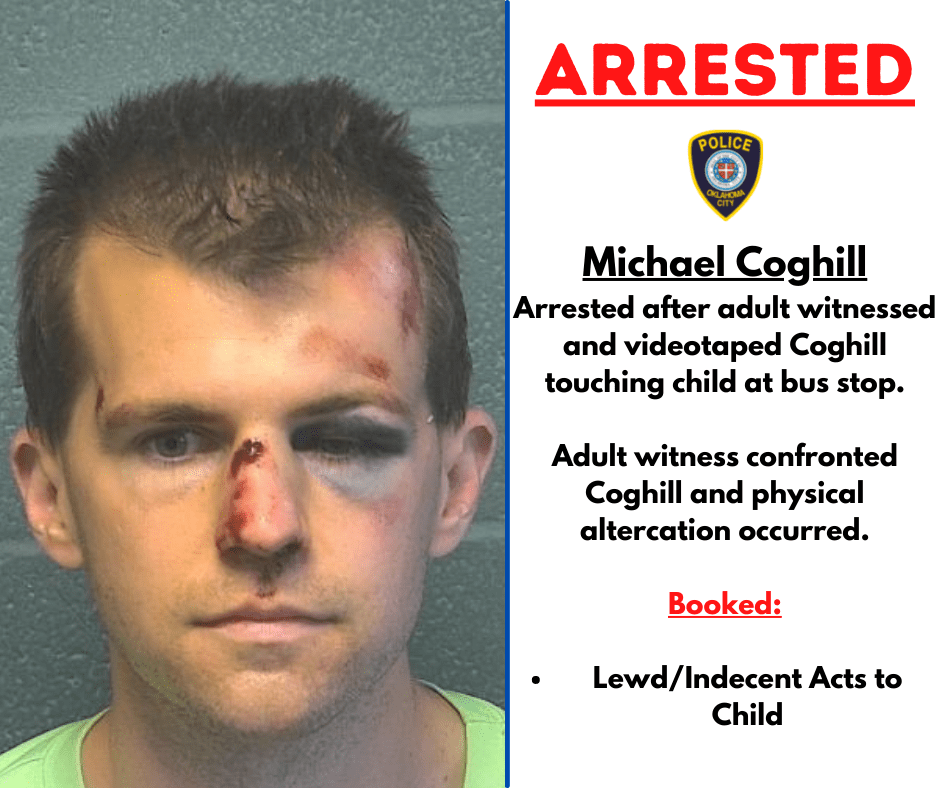 A father in Oklahoma City tackled a local pastor who was seen inappropriately touching his son at a bus stop, leaving the suspect with a cracked skull and a bloody mugshot.

Oklahoma City Police arrested the suspect, Michael Coghill, on Wednesday, after he was recorded on camera touching a nine-year-old boy at a bus stop and was confronted by the boy’s father, according to News9. The police department, however, could not confirm to Fox News that the boy’s father was the one to confront the suspect due to the Open Records Act.

Local residents said that Coghill is a local pastor in the area.

The boy told police that Coghill would often jog near the bus stop and had stopped by the area on more than one occasion, according to the police report obtained by Fox News.

The boy said Coghill had visited the bus stop on Monday and touched him in a way that made him uncomfortable. The boy also told his parents about the incident on Monday, and the father accompanied the boy to the bus stop on Wednesday, according to local reports.

“He knew the time he would be there every day,” Ward told News9 of Coghill. “That was the hardest part, the most disgusting part.”

me too, pastor, save our children, sexual assault