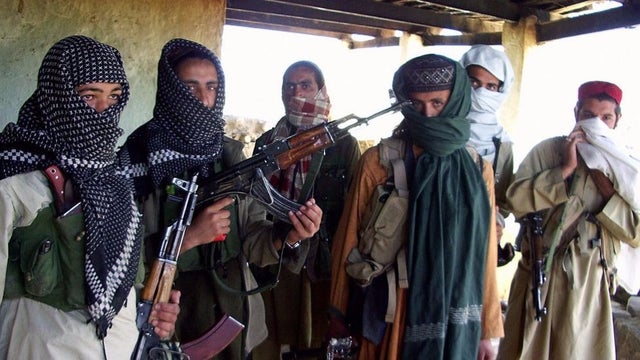 KABUL, Afghanistan (AP) — The Taliban swept into Afghanistan’s capital Sunday after the government collapsed and the embattled president joined an exodus of his fellow citizens and foreigners, signaling the end of a costly two-decade U.S. campaign to remake the country.

Heavily armed Taliban fighters fanned out across the capital, and several entered Kabul’s abandoned presidential palace. Suhail Shaheen, a Taliban spokesman and negotiator, told The Associated Press that the militants would hold talks in the coming days aimed at forming an “open, inclusive Islamic government.”

Earlier, a Taliban official said the group would announce from the palace the restoration of the Islamic Emirate of Afghanistan, the formal name of the country under Taliban rule before the militants were ousted by U.S.-led forces in the wake of the 9/11 attacks, which were orchestrated by al-Qaida while it was being sheltered by the Taliban. But that plan appeared to be on hold.

Kabul was gripped by panic. Helicopters raced overhead throughout the day to evacuate personnel from the U.S. Embassy. Smoke rose near the compound as staff destroyed important documents, and the American flag was lowered. Several other Western missions also prepared to pull their people out.

Fearful that the Taliban could reimpose the kind of brutal rule that all but eliminated women’s rights, Afghans rushed to leave the country, lining up at cash machines to withdraw their life savings. The desperately poor — who had left homes in the countryside for the presumed safety of the capital — remained in parks and open spaces throughout the city.

Though the Taliban had promised a peaceful transition, the U.S. Embassy suspended operations and warned Americans late in the day to shelter in place and not try to get to the airport.

Commercial flights were suspended after sporadic gunfire erupted at the Kabul airport, according to two senior U.S. military officials. Evacuations continued on military flights, but the halt to commercial traffic closed off one of the last routes available for fleeing Afghans.

Many people watched in disbelief as helicopters landed in the U.S. Embassy compound to take diplomats to a new outpost at the airport. U.S. Secretary of State Antony Blinken rejected comparisons to the U.S. pullout from Vietnam.

“This is manifestly not Saigon,” he said on ABC’s “This Week.”

The American ambassador was among those evacuated, officials said. He was asking to return to the embassy, but it was not clear if he would be allowed to. The officials spoke on condition of anonymity to discuss ongoing operations.

As the insurgents closed in, President Ashraf Ghani flew out of the country.

“The former president of Afghanistan left Afghanistan, leaving the country in this difficult situation,” said Abdullah Abdullah, the head of the Afghan National Reconciliation Council and a longtime rival of Ghani. “God should hold him accountable.”

Ghani later posted on Facebook that he left to avert bloodshed in the capital, without saying where he had gone.