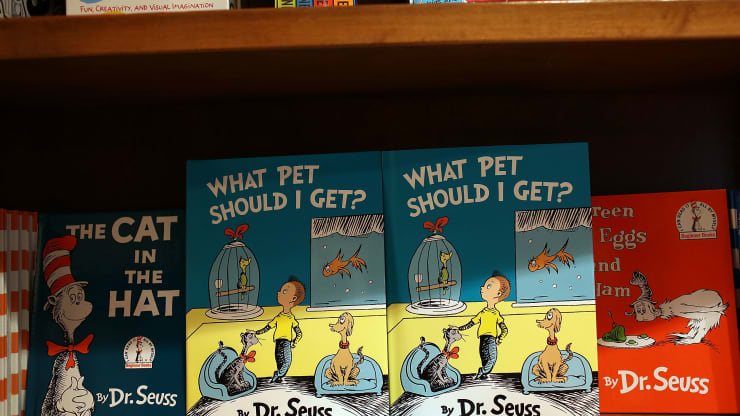 Books by Dr. Seuss have flooded Amazon’s U.S. bestseller list after it was announced that six of the author’s publications were being pulled over racist imagery.

“The Cat in the Hat” is currently the bestselling book on Amazon’s U.S. store, closely followed by “One Fish Two Fish Red Fish Blue Fish” and “Green Eggs and Ham,” along with several other titles by the late Theodor Seuss Geisel. In total, 15 Dr. Seuss publications were in Amazon’s top 20 list on Friday morning.

“Green Eggs and Ham” and “The Cat in the Hat” also appeared in Amazon Canada’s top 10 bestselling books list.

This comes after Dr. Seuss Enterprises, the business running the late author’s estate, said Tuesday it made the decision last year to cease publication and licensing of six of his books: ″And to Think That I Saw It on Mulberry Street,” “If I Ran the Zoo,” “McElligot’s Pool,” “On Beyond Zebra!,” “Scrambled Eggs Super!” and “The Cat’s Quizzer.”

“These books portray people in ways that are hurtful and wrong,” Dr. Seuss Enterprises said in the statement, with some of the author’s books having faced criticism in recent years over racist imagery.

cat in the hat, dr. seuss