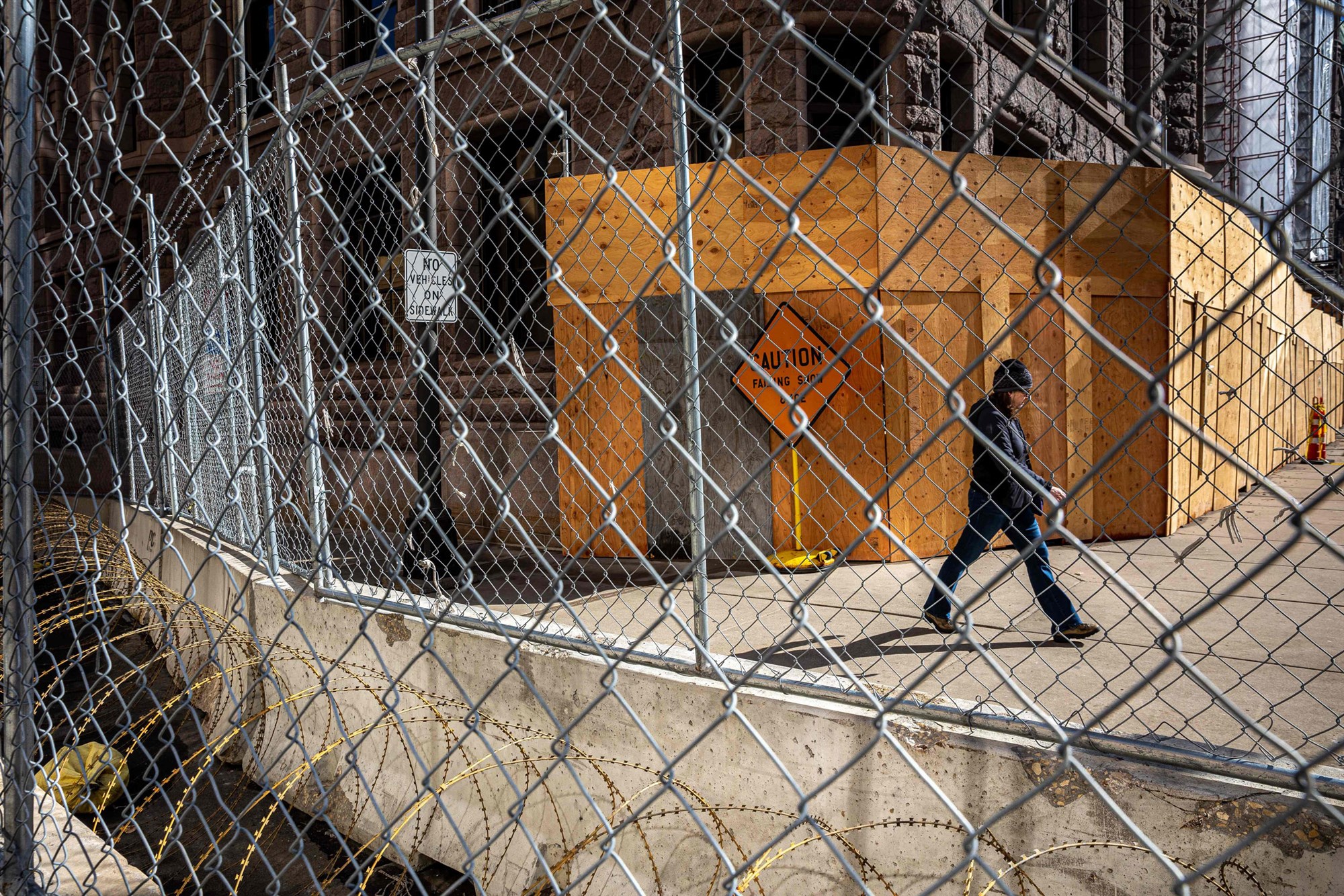 Cars parked in the middle of the street where residents stand watch over George Floyd’s memorial on the city’s south side.

Parts of east and north Minneapolis appear at times quiet and tense. Some businesses have boarded up or shut down.

Nearly a year of peaceful protests, riots and international outcry has led to this, a city on edge and on the cusp of what the mayor, Jacob Frey, calls “probably the most significant trial that our city has ever experienced.”

Jury selection starts Monday in the trial of a former Minneapolis police officer, Derek Chauvin, who is charged with murder in Floyd’s death last May.