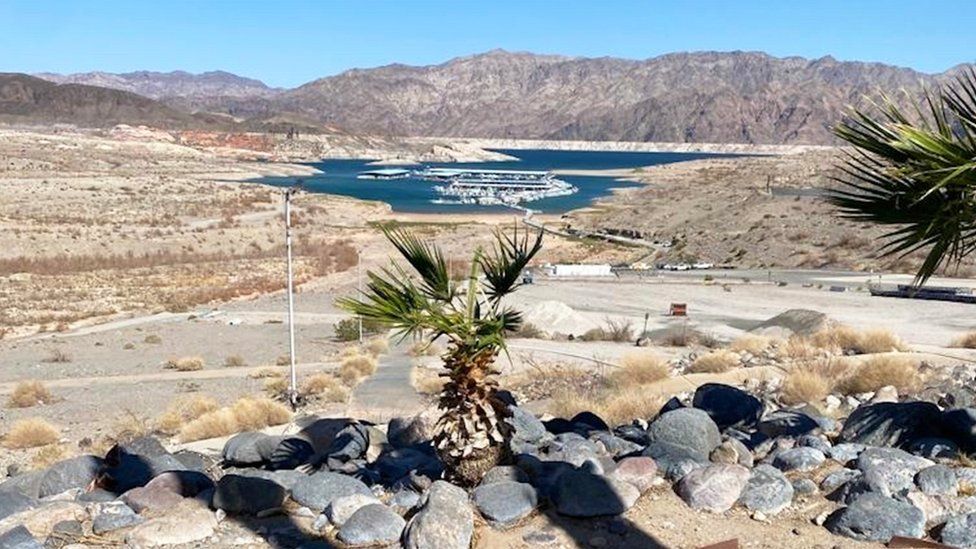 Sitting on the Arizona-Nevada border near Las Vegas, Lake Mead – formed by the creation of the Hoover Dam on the Colorado River – is the largest reservoir in the United States and provides water to 25 million people across three states and Mexico. Here, the stunning scale of a drought in the American west has been laid plain for all to see.

The water level is now so low that bodies of murder victims from decades back, once hidden by its depths, have surfaced.

One was stuffed in a barrel with a gun shot wound – presumably because someone thought it would stay unnoticed at the bottom of the vast reservoir forever.

While the dead bodies are fuelling talk about Las Vegas’ mob past, water experts warn of even more worrisome consequences. If the lake keeps receding, it would reach what’s known as “dead pool” – a level so low the Hoover Dam would no longer be able to produce hydropower or deliver water downstream.