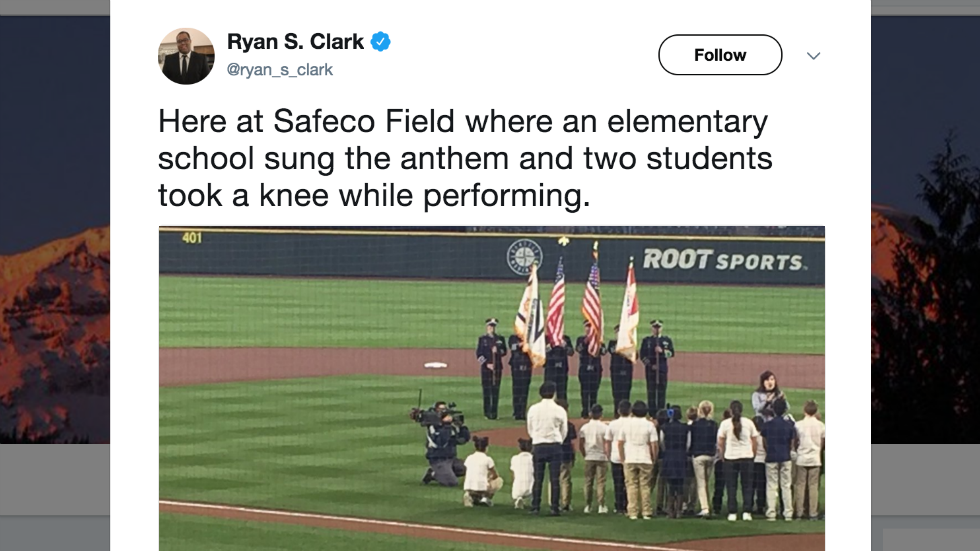 Two elementary school students took a knee while performing the national anthem at a professional baseball game on Sunday.

The choir from Seattle’s Mount View Elementary School performed “The Star-Spangled Banner” at an MLB game between the Seattle Mariners and the Cleveland Indians. A Tacoma News Tribune sports writer tweeted a photo of two young girls kneeling beside their classmates during the performance at Safeco Field.

The act of taking a knee during the national anthem began more than a year ago as a protest against police brutality and racial inequality and has become a national controversy.

NFL free agent Colin Kaepernick, who started the protests, retweeted the photo of the Seattle students.