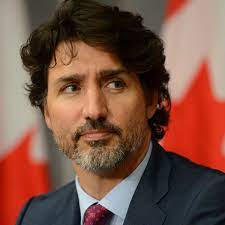 Canadian Prime Minister Justin Trudeau previewed a “dystopian future” for Canada on Monday, announcing a proposed ban on the sale, transfer, and importation of all handguns nationwide, stripping citizens of their means of self-defense.

The leftist Canadian leader made the announcement during a press conference and adamantly stated that the country’s citizens have no business carrying guns without the explicit intent to hunt with them or use them for sport.

“Today, we’re moving forward. We’re introducing legislation to implement a national freeze on handgun ownership. What this means is it will no longer be possible to buy, sell, transfer, or import handguns anywhere in Canada,” Trudeau declared.