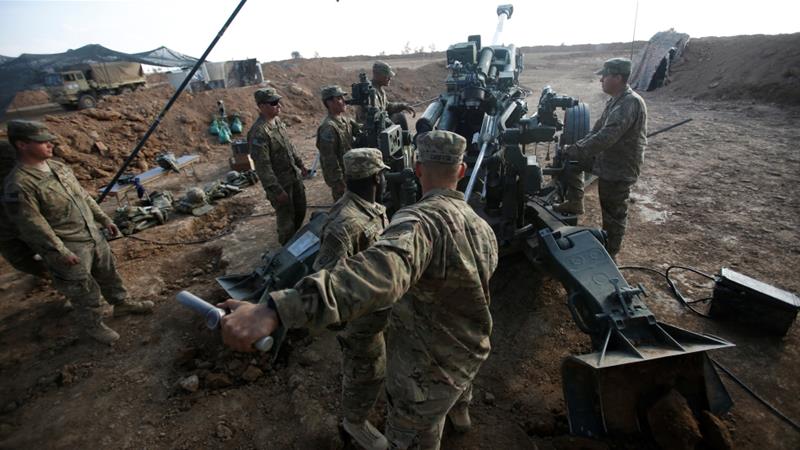 Several hundred marines have deployed into Syria with artillery guns, as part of the ongoing preparation for the fight to push ISIL out of its self-declared headquarters of Raqqa, a Pentagon spokesman has confirmed.

The marines are pre-positioning howitzers to be ready to assist local Syrian forces, according to US officials.

The deployment is temporary. But it could be an indication that the White House is leaning towards giving the Pentagon greater flexibility to make routine combat decisions in the fight against the Islamic State of Iraq and the Levant (ISIL/ISIS).