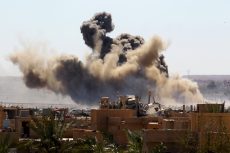 The U.S. Special Operations counterterrorism mission in northwest Syria Thursday that killed ISIS leader Abu Ibrahim al-Hashimi al-Qurayshi was “long planned,” and on the level and scale of the U.S. operation to take out Usama bin Laden in 2011, senior administration officials told Fox News. U.S. military forces on Thursday “successfully” moved in on the […]

The American woman accused of joining ISIS, spending years leading and training an all-female unit in Syria, and wanting to carry out deadly attacks at a college campus and shopping mall in the U.S., is due to make her first court appearance in Virginia on Monday. Allison Fluke-Ekren, 42, has been charged with providing material […]

A former U.S. soldier said he’s brought at least 30 at-risk people, including Christians, from Afghanistan across the closed Pakistan border and was lashed by the Taliban for his efforts. The Afghan native went to Pakistan about a month ago and illegally crossed into Afghanistan to rescue his family. Relatives hid around Kabul after the Taliban took […]

The Pentagon on Friday confirmed it mistook a civilian vehicle for an ISIS-K threat when it launched a drone strike on Aug. 29 in Kabul that killed 10 civilians. “I am now convinced that as many as 10 civilians, including up to seven children, were tragically killed in that strike,” U.S. Central Command head Gen. Frank […]

The U.S. intercepted a rocket aimed at the Hamid Karzai International Airport in Kabul on Monday, one day before evacuation operations in Afghanistan are scheduled to end, while three others struck outside the facility and one landed inside the perimeter with “no effect,” officials said. “We assess that five rockets were in the air and […]

Sen. Lindsey Graham (R-S.C.) on Sunday said the chances of more terrorist attacks like the ones on Sept. 11, 2001 “just went through the roof” because of the withdrawal of U.S. troops from Afghanistan. Graham, during an interview with guest host Ed O’Keefe on CBS’s “Face the Nation,” said a “parade of horribles is about […]

A new threat from the Islamic State’s (ISIS) branch in Afghanistan prompted a new warning from the U.S. Embassy in Kabul that urged Americans to not come to the besieged airport in Kabul, officials confirmed to Fox News on Saturday. “Because of potential security threats outside the gates at the Kabul airport, we are advising […]

The pro-Trump social network Gettr has been flooded with terrorist propaganda just weeks after its launch, marking an early speed bump for the nascent platform. Gettr, which was started last month by former President Trump’s campaign aide and spokesman Jason Miller, has seen a jump in posts from supporters of ISIS, including graphic content, videos […]

The Justice Department on Wednesday announced an indictment against two British citizens accused of being part of an ISIS cell that beheaded Western hostages, including Americans. El Shafee Elsheikh and Alexanda Kotey, two members of the ISIS cell known as “The Beatles,” were charged with eight criminal counts, including conspiracy to commit hostage taking, hostage […]

Two of the British Islamic State terrorists dubbed the “Beatles,” accused of involvement in the murders of U.S. hostages in Syria, are likely to be brought to the United States in mid-October, according to two government officials. The men, Alexanda Kotey and El Shafee Elsheikh, who are being held in U.S. military custody in Iraq, […] 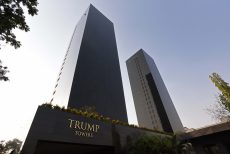 Two men faces charges in connection with an alleged plot to bomb or shoot at high-profile sites in the U.S., including the White House and Trump Tower in New York City, a federal complaint shows. Jaylyn Christopher Molina, of Texas, and Kristopher Sean Matthews, of South Carolina, face charges of conspiracy to provide material support […]