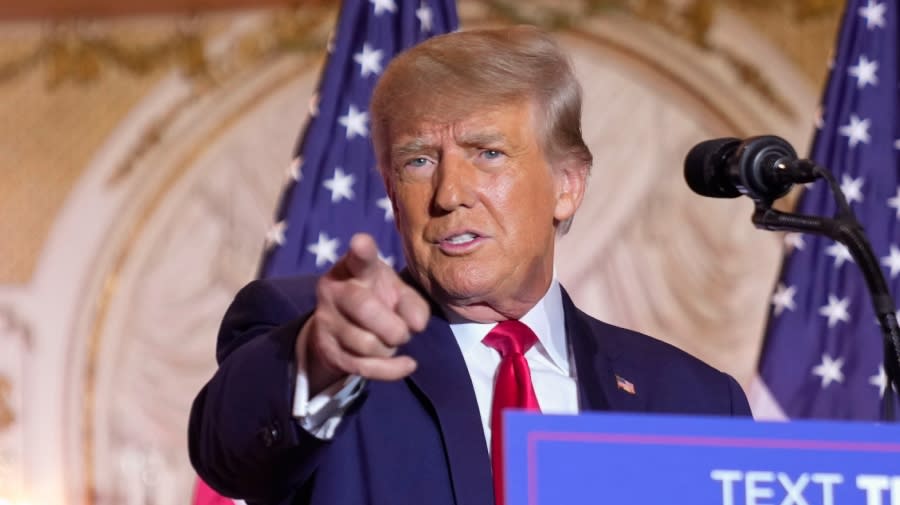 Republican figures appeared split Tuesday night in their responses to former President Trump’s announcement of a third bid for the presidency, some hailing him as the GOP’s rightful leader and others claiming he should step back from the spotlight.

“President Trump has my full endorsement and my support as our Republican nominee in 2024,” wrote Greene, sharing a clip from the event where Trump promised to put “America first” if elected a second time.