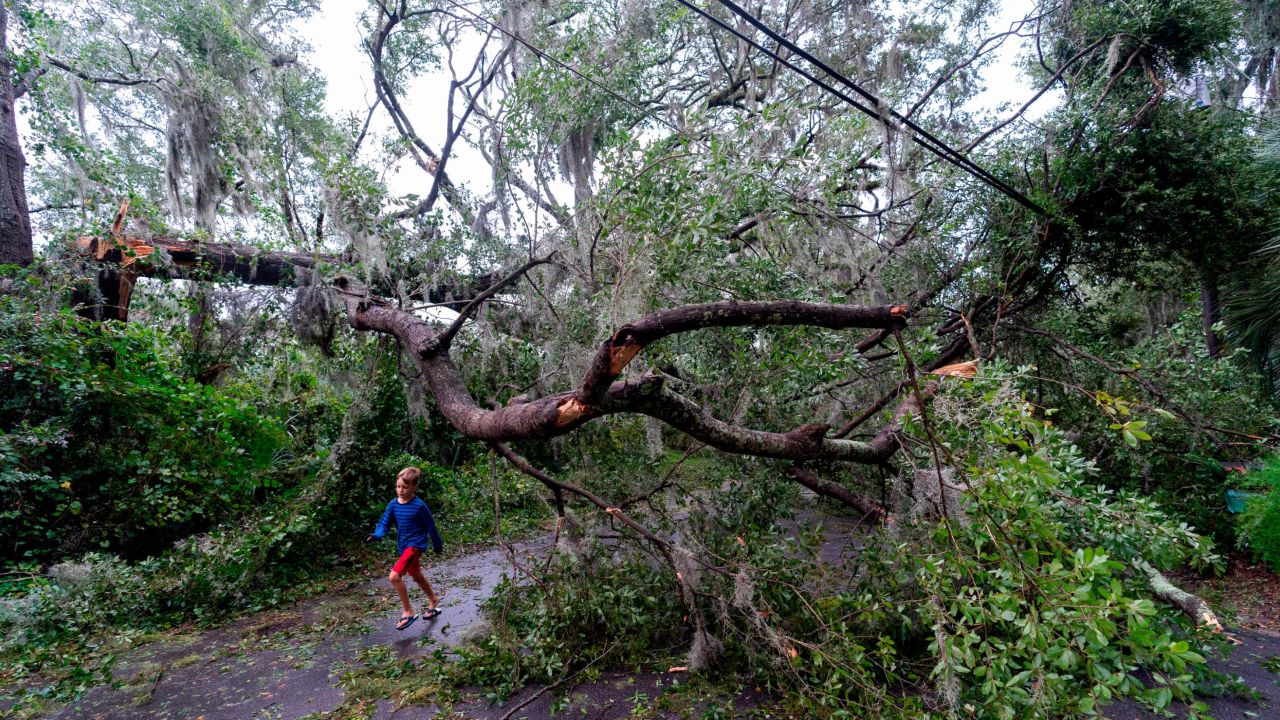 As post-tropical cyclone Ian moves inland across North Carolina and Virginia Saturday morning, communities in Florida and South Carolina are recovering after the deadly storm brought torrential rain, powerful winds and cataclysmic flooding over the course of three terrifying days.

Ian slammed into southwest Florida as a severe Category 4 hurricane Wednesday, packing sustained winds of 150 mph. Officials believe the death toll of at least 45 people is likely to climb in the coming days as searchers access areas that had been blocked by debris and floodwaters.

After striking South Carolina on Friday, the storm is roughly 30 miles south-southeast of Greensboro, North Carolina, and has weakened to maximum sustained winds measured at 35 mph, according to the National Hurricane Center as of 5 a.m. ET Saturday.