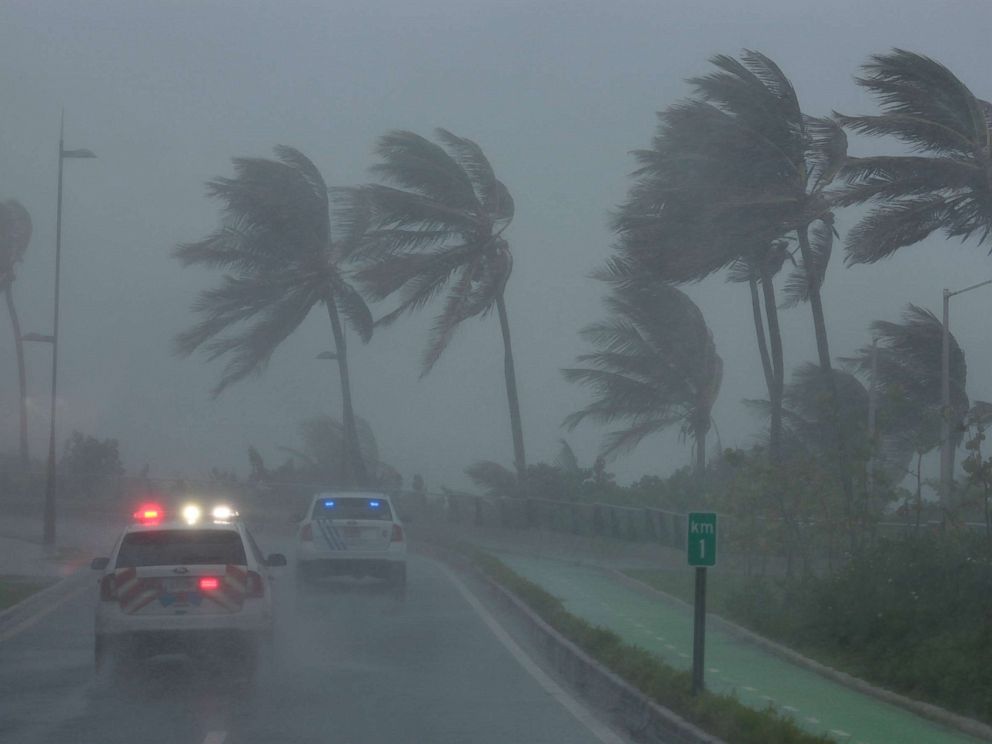 As Hurricane Irma lashes the U.S. territory of Puerto Rico, farther north, states of emergency have been declared in Florida, Georgia and South Carolina, where residents are bracing for the monster storm.

This afternoon, the Category 5 storm dubbed “extremely dangerous” by the National Hurricane Center (NHC), was battering the Caribbean, including the U.S. Virgin Islands. The storm has sustained winds of 185 mph and even higher gusts.

At least two people have died and at least two others were seriously wounded in St. Martin and St. Barthelemy, according to a spokesperson for France’s Ministry of Overseas France.

Irma, which is approximately 450 miles wide, has had sustained winds of at least 180 mph for a longer period of time than any other Atlantic storm on record.

At 3:30 p.m. ET Irma was 80 miles east of San Juan, Puerto Rico. The hurricane is forecast to move north of Puerto Rico this afternoon, unleashing strong winds and heavy rain but not directly hitting the islands.

The forecast path takes Irma through the Bahamas Friday into Saturday morning and the storm is expected to curve north toward Florida by late Saturday afternoon.