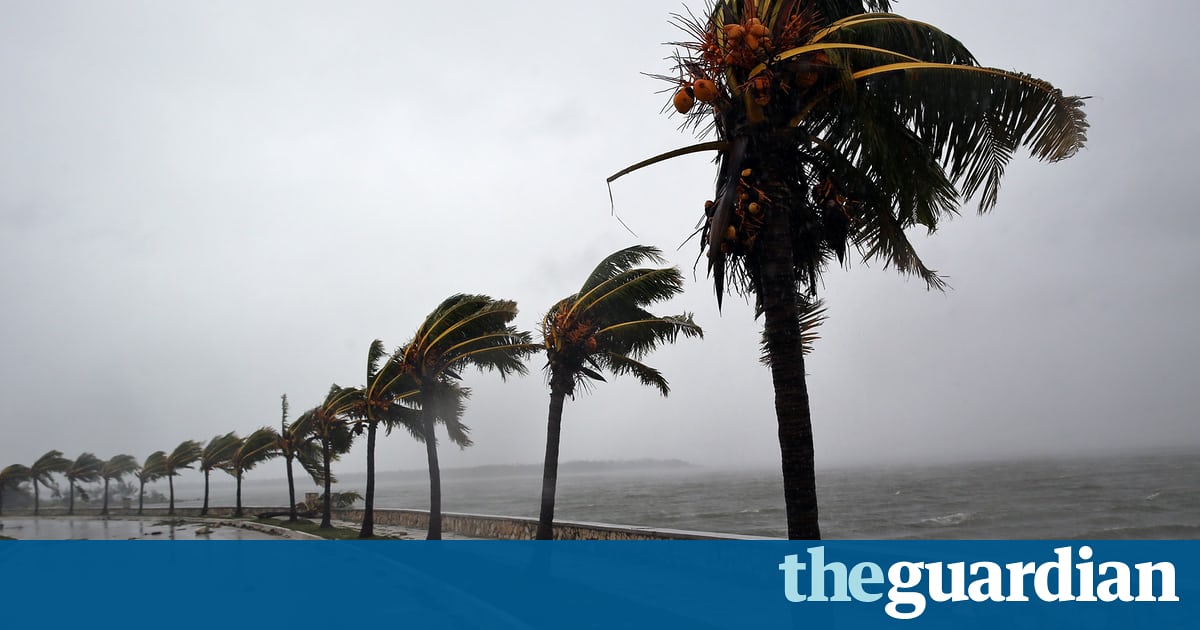 Hurricane Irma has begun its assault on Florida as a category 4 storm, lashing the area with winds near 130mph (215km/h) and drenching rain.

Millions of people huddled in shelters or in battened-down homes in preparation as Irma’s northern eyewall – the area just outside the eye of the storm, where the most damaging winds are – reached the lower Florida Keys. The US National Hurricane Center (NHC) said the hurricane was expected to remain a powerful storm as it moved through the Florida Keys and near the state’s west coast.

The leading edge of the immense storm – one of the most powerful ever recorded in the Atlantic – bent palm trees and spat rain across south Florida, knocking out power to hundreds of thousands of homes and businesses, as the eye approached Key West.

Police said a man was killed in Florida Keys when his pickup truck was involved in an accident. It was thought to be the first death caused by Irma in the US.

The NHC forecast potentially deadly storm surges – water driven ashore by the winds – of up to 15ft (4.6m). As the northern edge of the storm reached the Florida Keys archipelago off the tip of southern Florida, lashing rains and winds knocked out power to hundreds of thousands of people on the mainland.