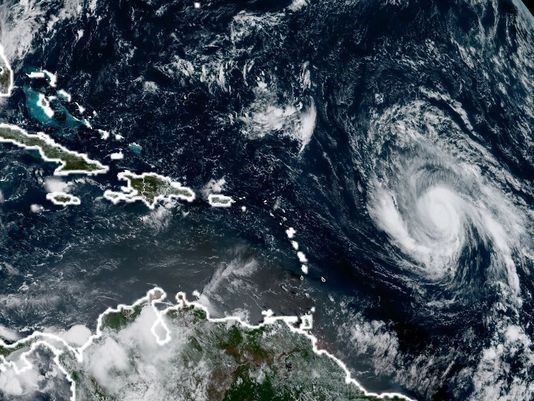 NAPLES, FLA. – Hurricane Irma made its first landfall in the Caribbean early Wednesday as the Category 5 storm swirled on a path that could see it strike the Florida coast by the weekend.

The eye of Hurricane Irma passed over Antigua and Barbuda around 2 a.m. ET, according to the National Hurricane Center. Residents said over local radio that phone lines went down as the eye passed. “May God protect us all,” local authorities said.

The National Hurricane Center said Irma was maintaining sustained winds near 185 mph as it lashed the Leeward Islands with exceptionally strong winds and heavy rain and was heading west-northwest on a path toward Puerto Rico, the Dominican Republic, Haiti and Cuba. It could reach Florida as early as Friday.

There were no immediate reports of injuries or deaths. Previous hurricanes with Irma’s ferocity such as Hurricane Wilma (2005) and Hurricane Mitch (1998) reached their maximum intensity in either the Gulf of Mexico or the Caribbean Sea.

As of 5 a.m. ET, Irma was traveling west-northwest at about 16 mph.