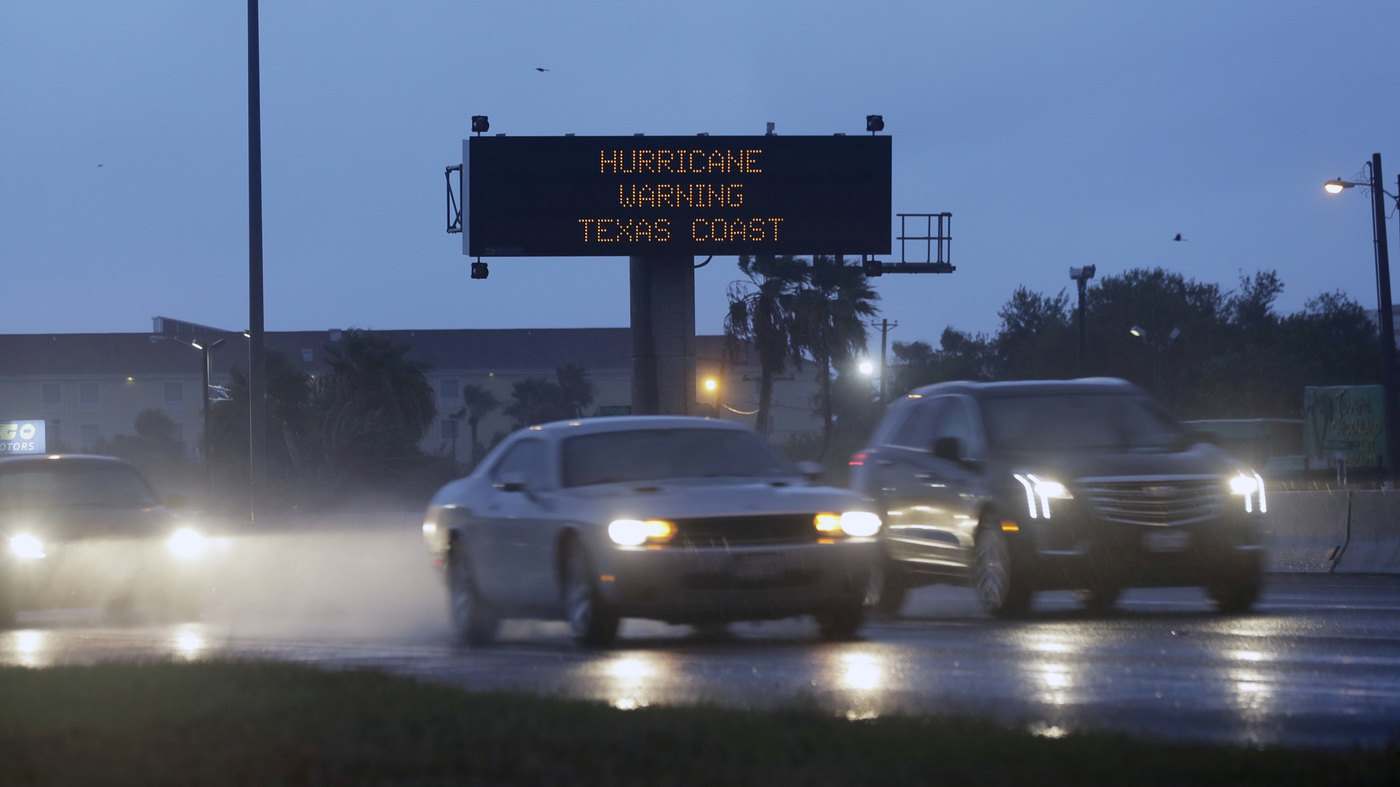 Hurricane Harvey, on track to hit the Texas coast late Friday or early Saturday, has been upgraded to a Category 3 storm, with sustained winds close to 120 mph. Forecasters say the storm surge, coupled with tremendous rainfall, threatens to cause significant flooding along much of the state’s coastline.

Harvey will be the first major hurricane to hit the U.S. in a dozen years when it makes landfall, likely north of Corpus Christi, Texas, according to the National Hurricane Center.

“Strongly consider evacuating,” Gov. Greg Abbott told residents in the areas between Corpus Christi and Houston on Friday, according to member station KUT. “Put your life first and your property second.”

Abbott said Hurricane Harvey was going to prove “more dangerous than many hurricanes.”

Abbott has declared a pre-emptive state of emergency in 30 counties encompassing the entire coast in an effort to speed up deployment of resources to the affected areas.

According to the NHC, with a Category 3 storm: “Devastating damage will occur: Well-built framed homes may incur major damage or removal of roof decking and gable ends. Many trees will be snapped or uprooted, blocking numerous roads. Electricity and water will be unavailable for several days to weeks after the storm passes.”