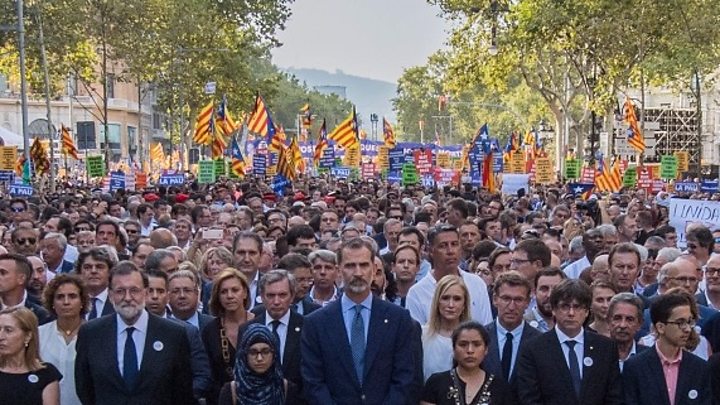 Hundreds of thousands of people in Barcelona have marched against militant Islamists who left 15 people dead in and around the city last week.

The king is the first Spanish sovereign to take part in a demonstration since the monarchy was re-established in the 1970s.

Emergency workers and shop staff who helped during the attack at Las Ramblas also took pride of place.

The procession set off behind a banner bearing the slogan “I’m not afraid”. Other placards denounced Islamophobia.

During the march, the king and prime minister walked the streets in front of hundreds of Catalan flags – the emblem for the autonomous region’s long-running independence claim.

Prime Minister Rajoy had encouraged “everyone” to take part to show that “Catalonia and the rest of Spain [are] united against terror”.