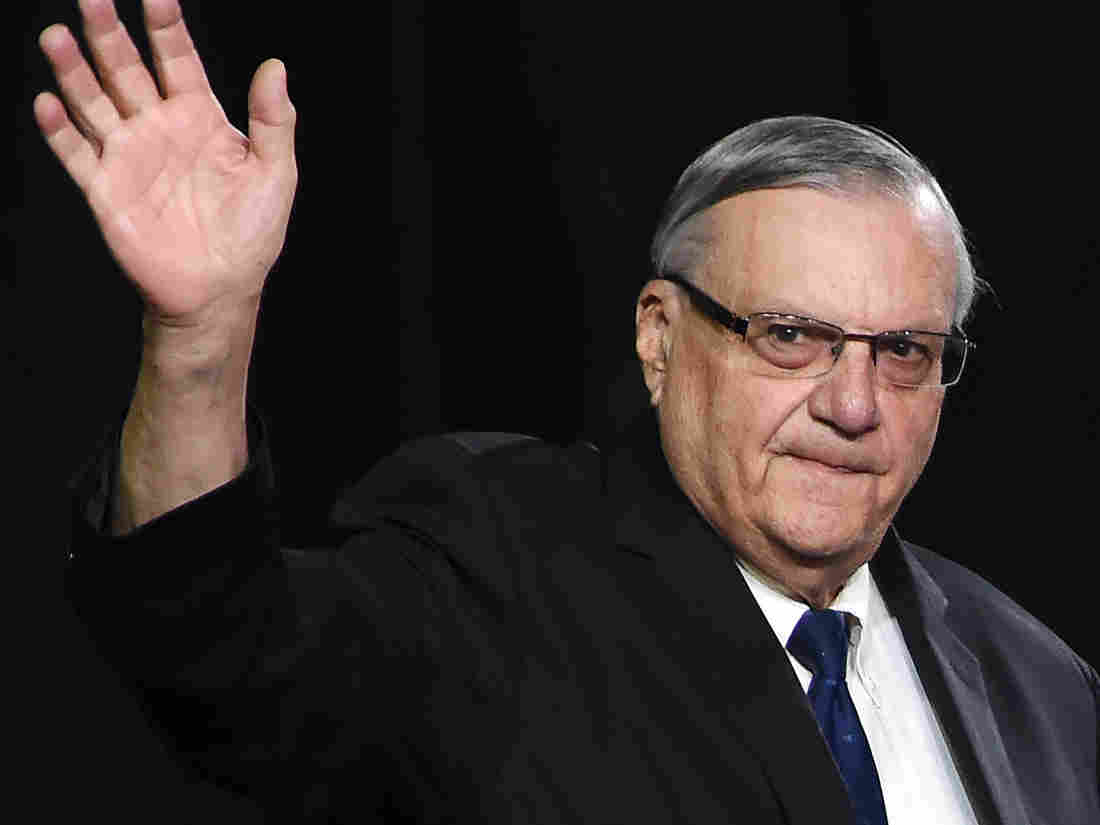 Known as “America’s Toughest Sheriff,” Arpaio gained a reputation for his harsh — his critics would say cruel — treatment of immigrants in the country illegally.

Arpaio was convicted of criminal contempt earlier this summer for defying a judge’s order that his deputies stop detaining immigrants because they lacked legal status. His deputies carried on the practice for 18 months.

Trump hinted at the pardon last week and again at a Phoenix rally Tuesday night.

Last week, he told Fox News he was “seriously considering” a pardon and that Arpaio is a “a great American patriot” who has done “a lot in the fight against illegal immigration.” Tuesday night, he asked the crowd of supporters: “Do the people in this room like Sheriff Joe?”

“You know what, I’ll make a prediction: I think he’s going to be just fine,” he said. “OK? But I won’t do it tonight, because I don’t want to cause any controversy.”