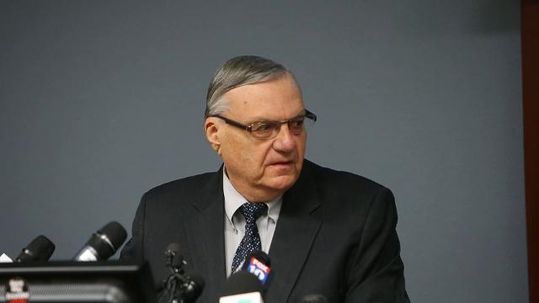 PHOENIX — It was a presentation hyped by a tauntingly brief media notification more than 24 hours earlier: On Thursday afternoon, it said, Maricopa County Sheriff Joe Arpaio would present the newest revelations on an investigation into President Obama’s birth certificate.

At 4 p.m. sharp, Arpaio and a member of his Sheriff’s Office’s Cold Case Posse had a big message for the 40-odd journalists in attendance: You were wrong.

Arpaio and his aides announced that a five-year investigation had “proved” that Obama’s birth certificate from Hawaii in 1961 was a fake. An accompanying presentation highlighted what they called “9 points of forgery” on the document, which focused on the angles of date stamps, typed letters and words.