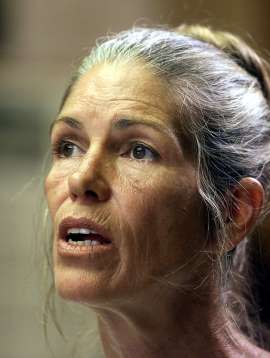 A California board granted parole on Wednesday to Leslie Van Houten, who as a follower of cult leader Charles Manson, took part in one of the most notorious murder sprees of the 20th century.

It was the second straight year that Van Houten, 68, was deemed suitable for parole, although California Governor Jerry Brown overturned last year’s decision, saying at the time she “poses an unreasonable danger to society if released from prison.”.

Van Houten is serving a life sentence for stabbing to death Leno and Rosemary LaBianca in their Los Angeles home on Aug. 10, 1969. The decision on Wednesday by the California Department of Corrections and Rehabilitation starts a 150-day review process that will likely culminate in a final decision by Brown.

Brown’s office was not immediately available for comment on the most recent parole decision.

Manson, also serving a life sentence, directed Van Houten and his other mostly young, female followers – known as the Manson Family – to murder seven people in August 1969 in what prosecutors said was part of a plan to incite a race war between whites and blacks.