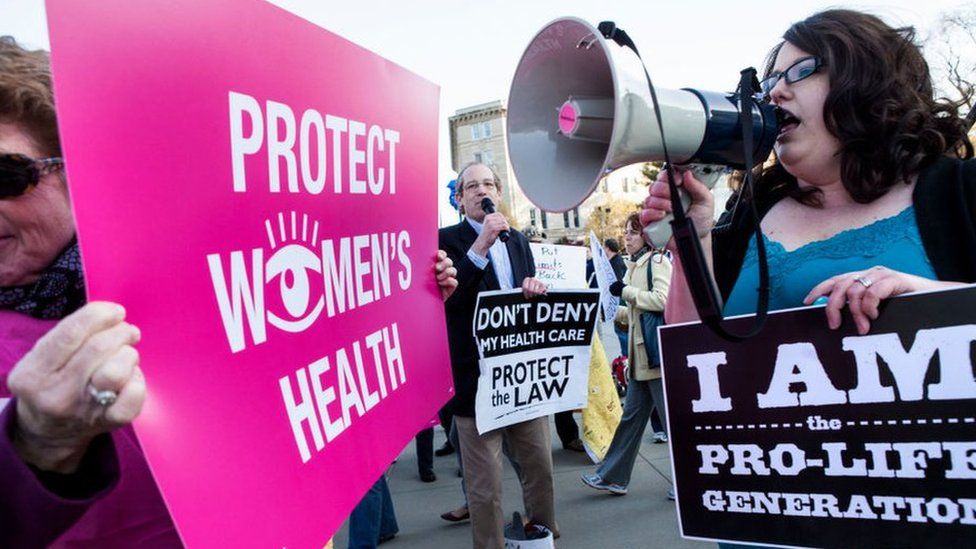 The leak of the draft opinion striking down Roe v Wade’s abortion protections crashed on the American political world like a thunderbolt on Monday night.

Politicians and activists on the left and right had been bracing for the possibility of such a sweeping ruling, but the left hoped and the right feared that the court’s nine justices might opt for a more limited shift on abortion jurisprudence.

If Roe falls, the US Congress could pass a law that does essentially what the Supreme Court has mandated for the last 50 years – make abortion legal in every US state.

The path to getting there, however, would be a difficult one for pro-choice advocates.