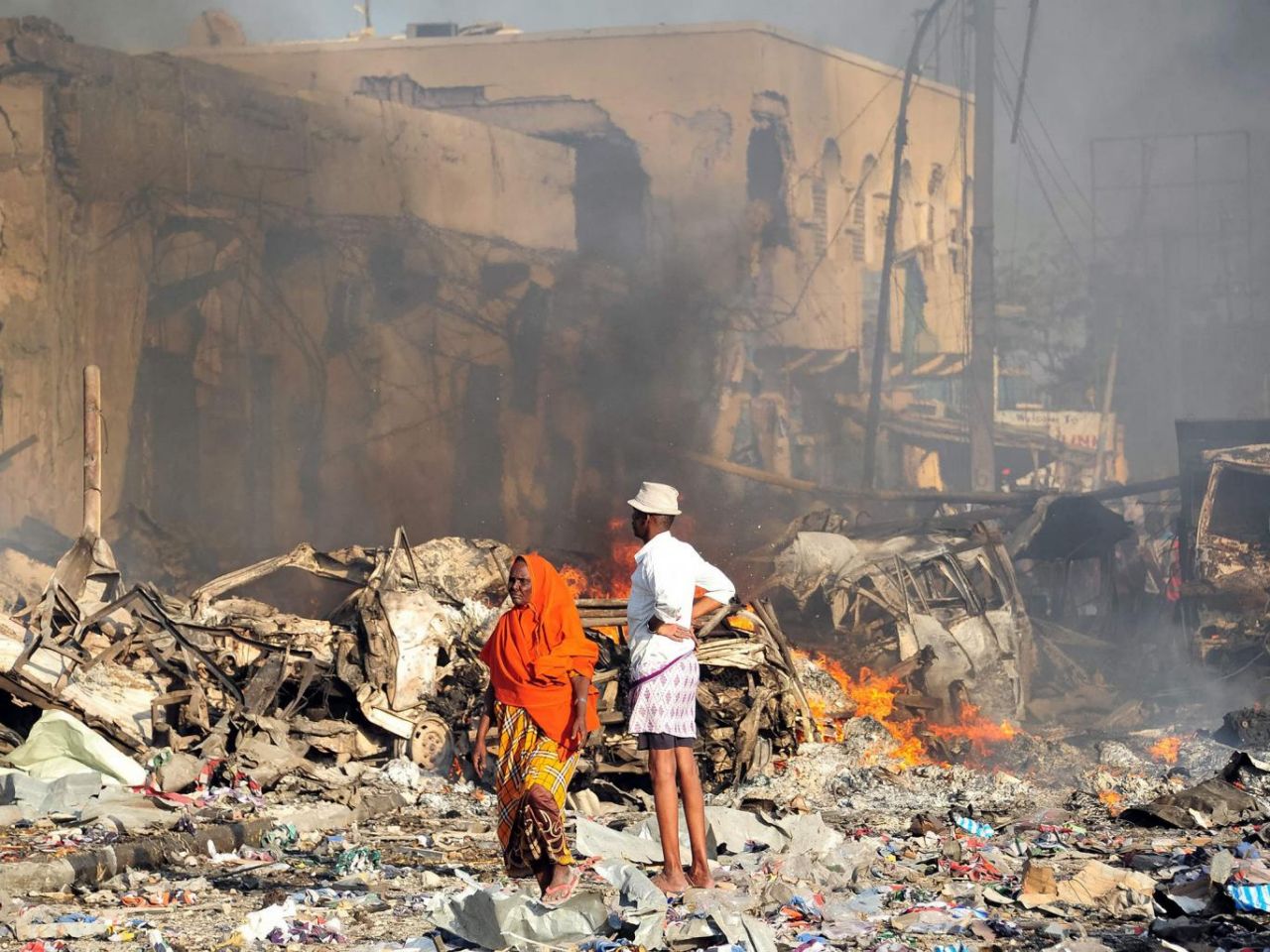 MOGADISHU, Somalia (AP) — A suicide truck bomb exploded outside a popular hotel in Somalia’s capital on Saturday, killing at least 23 people and wounding more than 30, and gunfire continued as security forces pursued other attackers inside the building, police said. Two more blasts were heard, one when an attacker detonated a suicide vest.

Speaking to The Associated Press by telephone from the scene, Capt. Mohamed Hussein said 30 people, including a government minister, were rescued from the Nasa-Hablod hotel as heavy gunfire continued in the standoff between extremists and security forces. Three of the five attackers were killed, Hussein said. The others hurled grenades and cut off the building’s electricity as night fell.

Saturday’s blasts came two weeks after more than 350 people were killed in a massive truck bombing on a busy Mogadishu street in the country’s worst-ever attack.

Al-Shabab, Africa’s deadliest Islamic extremist group, quickly claimed responsibility for Saturday’s attack and said its fighters were inside the hotel.

Among the dead were a mother and three children, including a baby, all shot in the head, Hussein said. Other victims included a senior Somali police colonel, a former lawmaker and a former government minister. Footage from the scene showed twisted vehicles and nearby buildings with only walls left standing.