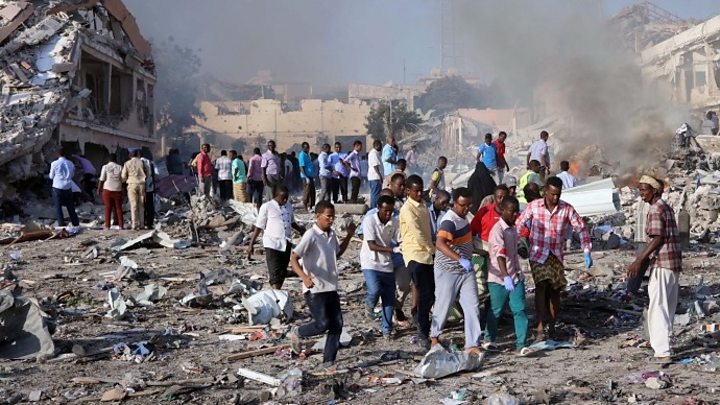 A massive bomb attack in a busy area of the Somali capital Mogadishu has killed at least 30 people, police say.

Dozens more were wounded when a lorry packed with explosives detonated near the entrance of a hotel.

Police say two people were killed in a second bomb attack in the Madina district of the city.

It is not clear who staged the attacks. Mogadishu is a regular target for the al-Qaeda linked al-Shabab group, which is battling the government.

After the first blast, police captain Mohamed Hussein told Reuters news agency: “It was a truck bomb. There are casualties but we do not know the exact amount as the scene is still burning.”

Witnesses told the BBC they believed dozens of people were dead.