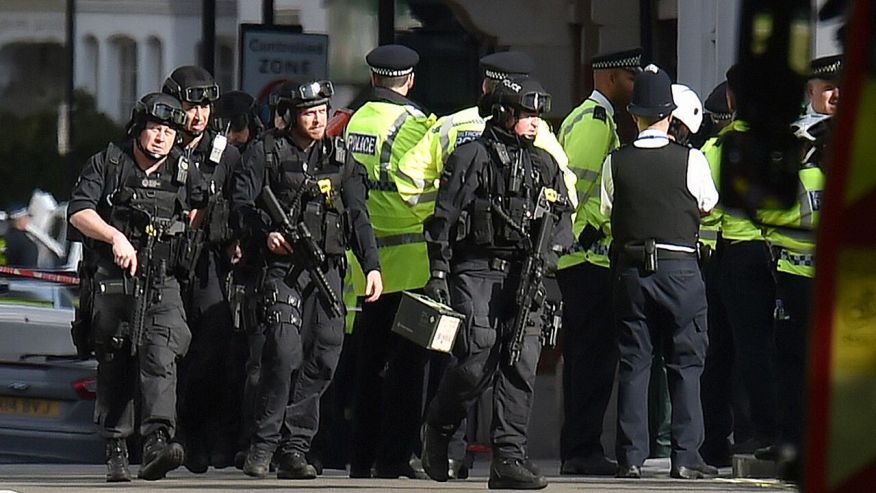 A manhunt was underway for any suspects linked to the bucket bomb that detonated on a packed subway train during Friday morning rush hour, injuring at least 29 people.

A source confirmed to Fox News that an ISIS affiliate took responsibility for the attack.

Police said the fire on a London subway train was caused by the detonation of an improvised explosive device.  (AP)

Police quickly called the explosion on the District Line train at Parsons Green station a “terrorist incident.” It was the fifth terrorist attack in Britain this year.

Hours after the attack, officials in the United Kingdom raised the country’s terrorism threat level to “critical” — the highest possible threat which means another attack is expected shortly.

Police said they have not arrested anyone in connection to the bombing, but hundreds of detectives were trying to hunt down the perpetrator or perpetrators.