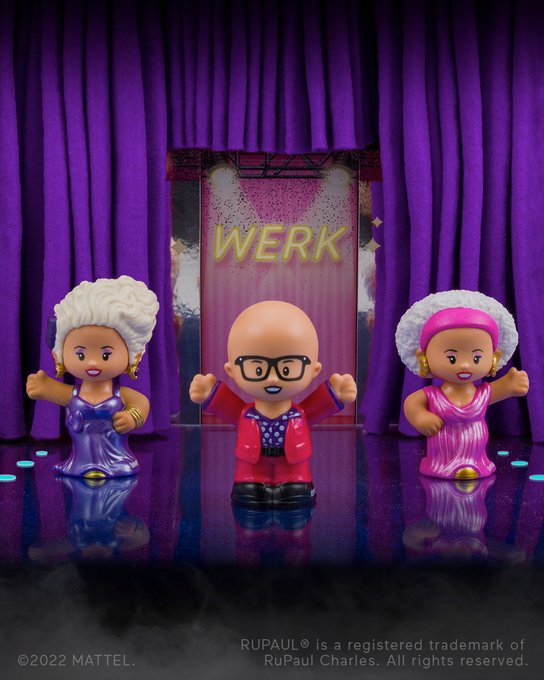 Under the Fisher-Price brand, Mattel has released a three-figurine pack devoted to RuPaul, with two figures in drag and one representing the host of “RuPaul’s Drag Race,” according to WGN-TV.

“The figure pack honors RuPaul’s efforts to inspire people young and old to be true to themselves,” Mattel said in a news release.