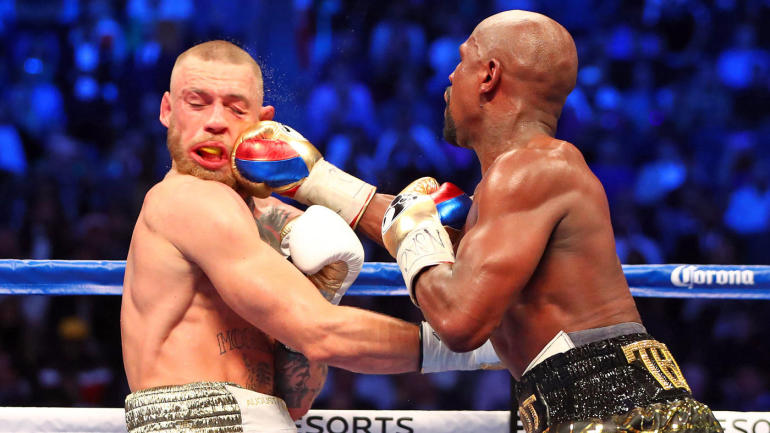 LAS VEGAS — In a moment of honest clarity following his 50th and final victory on Saturday night, Floyd Mayweather admitted something about the tail end of his career that most of his critics had been thinking all along.

Mayweather (50-0, 27 KOs), who returned from a two-year retirement to defeat UFC lightweight champion Conor McGregor via 10th-round TKO at T-Mobile Arena, revealed he hadn’t quite delivered in terms of entertainment, particularly in a pair of 2015 decision victories over Manny Pacquiao and Andre Berto.

“No. 49 wasn’t good enough, No. 48 wasn’t good enough,” Mayweather said at the post-fight press conference. “So I told you guys that I was going to come straight ahead and that it would be good. I promised everybody. Remember this — I told you and guaranteed you that this fight wouldn’t go the distance.”

Promising to fight moving “straight ahead” against the neophyte McGregor (21-3 in MMA), who was making his pro boxing debut, the 40-year-old Mayweather did just that and rallied from a slow start to wear down and stop the brash Irishman with body shots and lead right hands.

The result was Mayweather’s most exciting fight since his May 2014 victory over Marcos Maidana in their first meeting and his first stoppage win since sucker-punching Victor Ortiz in 2011. But more importantly, despite hefty criticism heading in about the circus and non-competitive nature of the fight on paper, Mayweather-McGregor somehow became the rare marquee boxing pay-per-view which actually delivered on its promise for entertainment.