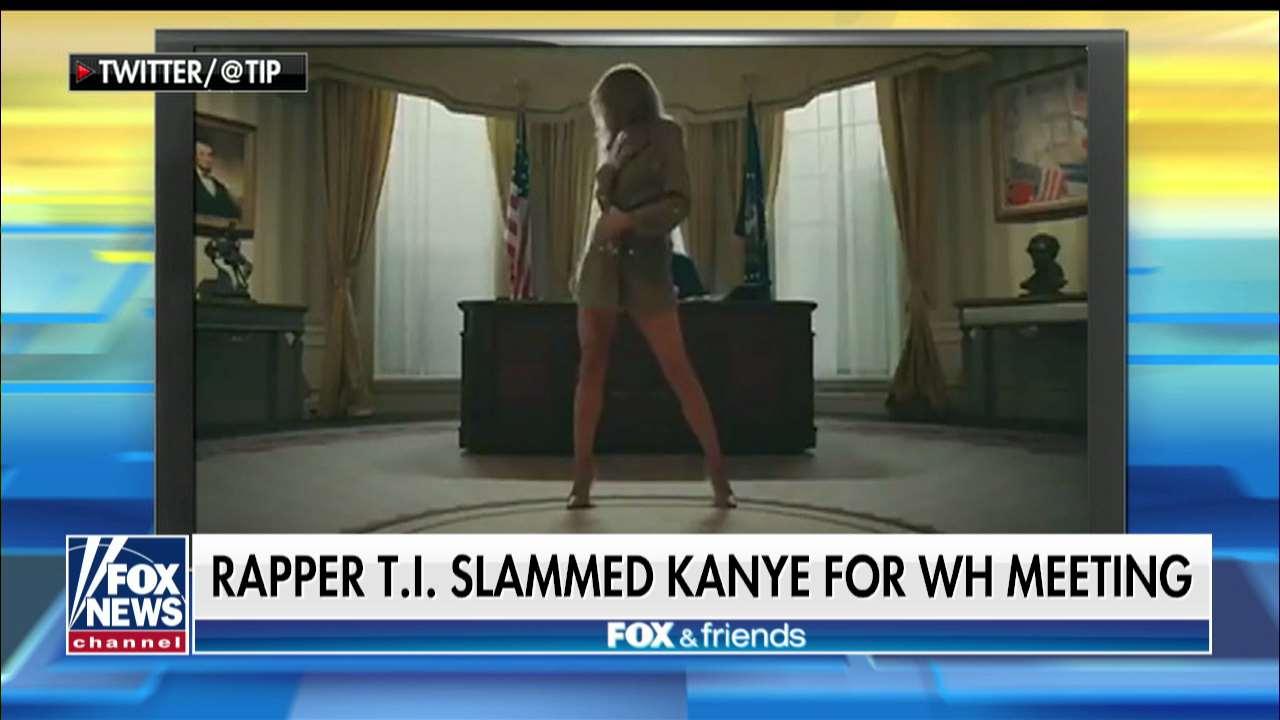 Melania Trump spokeswoman Stephanie Grisham is calling for a boycott of rapper T.I. after he posted a video that shows a woman who resembles Mrs. Trump performing a striptease in the Oval Office.

T.I., whose real name is Clifford Harris, tweeted Friday “Dear 45, I ain’t Kanye” before sharing the video. Those tweets follow T.I. posting on Instagram that he was done working with rapper Kanye West, who is a President Donald Trump supporter.

In a statement to Fox News Grisham said: “Like it or not, she is the First Lady and this is the White House. It’s disrespectful and disgusting to portray her this way simply because of politics. These kinds of vulgar attacks only further the divisiveness and bias in our country – it needs to stop.”

A rep for the rapper did not immediately return Fox News’ request for comment.