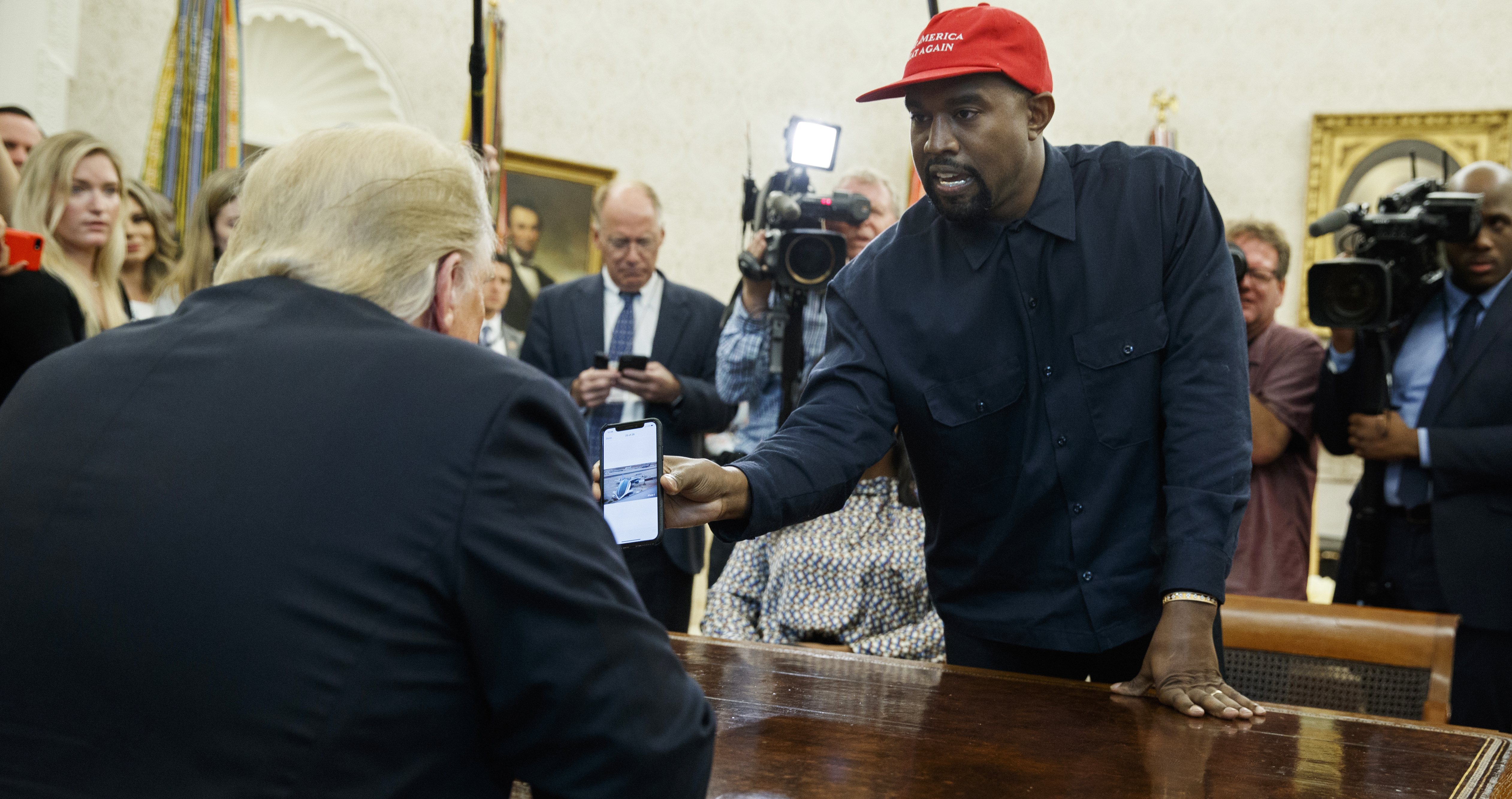 Rapper Kanye West met with President Trump at the White House for a free-wheeling discussion.

Kanye West did lunch with President Trump Thursday, but pre-empted the meal with a wildly entertaining and decidedly bizarre press conference in which he covered Superman, the 13th and Second amendments, North Korea and his budding MAGA bromance with the commander in chief.

West began the much-anticipated sit-down by praising Trump’s efforts in North Korea saying, “On day one you solved one of [Obama’s] biggest troubles. We solved one of the biggest problems.”

The conversation turned to West discussing the lack of support he received from his Hollywood cohorts with regards to his support of the president.

“They tried to scare me to not wear this hat,” West said, referring to his “Make America Great Again” hat he wore to the meeting and on a recent appearance on “Saturday Night Live.”

“When I put this hat on, it made me feel like Superman – my favorite superhero. You made a Superman cape for me.”