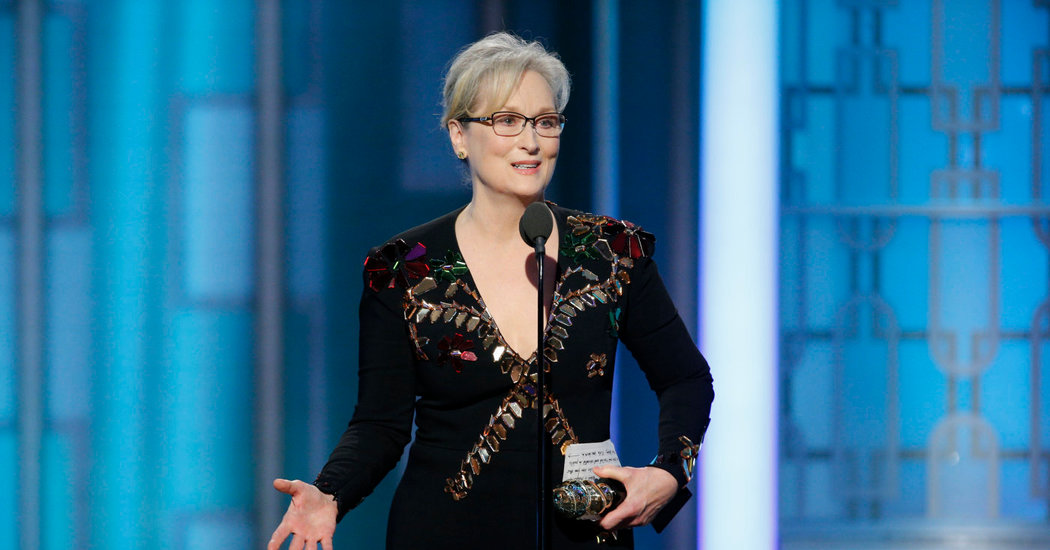 Turning attention away from her and toward Donald J. Trump, Meryl Streep used her acceptance speech for the Cecil B. DeMille Award at the Golden Globes to call out the president-elect for mocking a disabled New York Times reporter in 2015, and warned that a free press would need to be defended. Ms. Streep campaigned for Hillary Clinton in the 2016 election.

Some conservative commentators immediately criticized her decision to bring politics so vividly into the show. But the room roundly applauded her remarks, which included a plea to support the Committee to Protect Journalists.

“This instinct to humiliate, when it’s modeled by someone in the public platform, by someone powerful, it filters down into everybody’s life, because it kinda gives permission for other people to do the same thing,” she said. “Disrespect invites disrespect, violence incites violence. And when the powerful use their position to bully others, we all lose.”