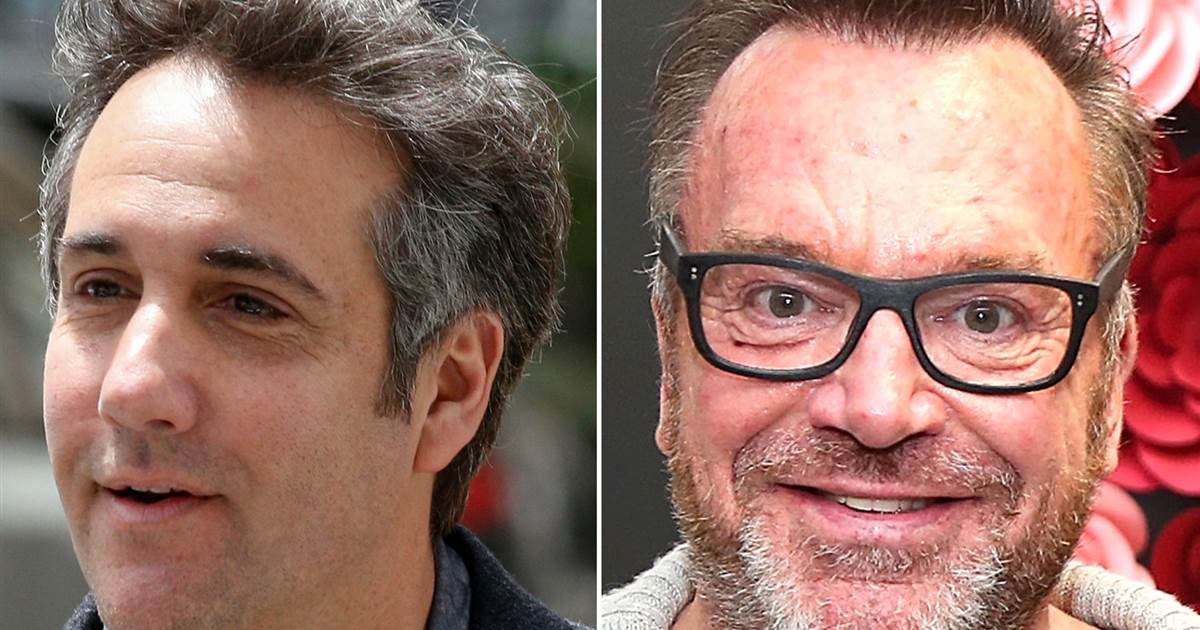 President Donald Trump’s embattled personal attorney, Michael Cohen, retweeted a photo of himself with comedian Tom Arnold — who happens to be working on a show with Vice that features him hunting for unflattering video of Trump.

Arnold told NBC News early Friday that Cohen ― who is under investigation by federal prosecutors ― talked to him about the show, which is expected to air later this year.

“We’ve been on the other side of the table and now we’re on the same side,” said Arnold, an outspoken Trump critic.

“It’s on! I hope he [Trump] sees the picture of me and Michael Cohen and it haunts his dreams.”

It was Arnold — who is Trump fan Roseanne Barr’s ex-husband — who posted the photo Thursday night with the caption “I Love New York.” Cohen then retweeted it without comment.

He said he was in New York taping interviews for the Vice show and that he and Cohen met at the Loews Regency Hotel in Manhattan. A Vice producer said Cohen had not done an on-camera interview and they are “still working it.’

Vice announced in May that it had tapped Arnold to helm a show called “The Hunt for the Trump Tapes,” and investigate whether rumored tapes from the past showing the president in a negative light actually exist.

“The host will draw on his high-profile network of celebrity friends, entertainment executives, and crew members he’s met over more than 35 years in showbiz to dig for evidence on Trump’s most incriminating moments — and, being a comedian and all, he’ll have a little fun along the way,” Vice said in the announcement of the show.