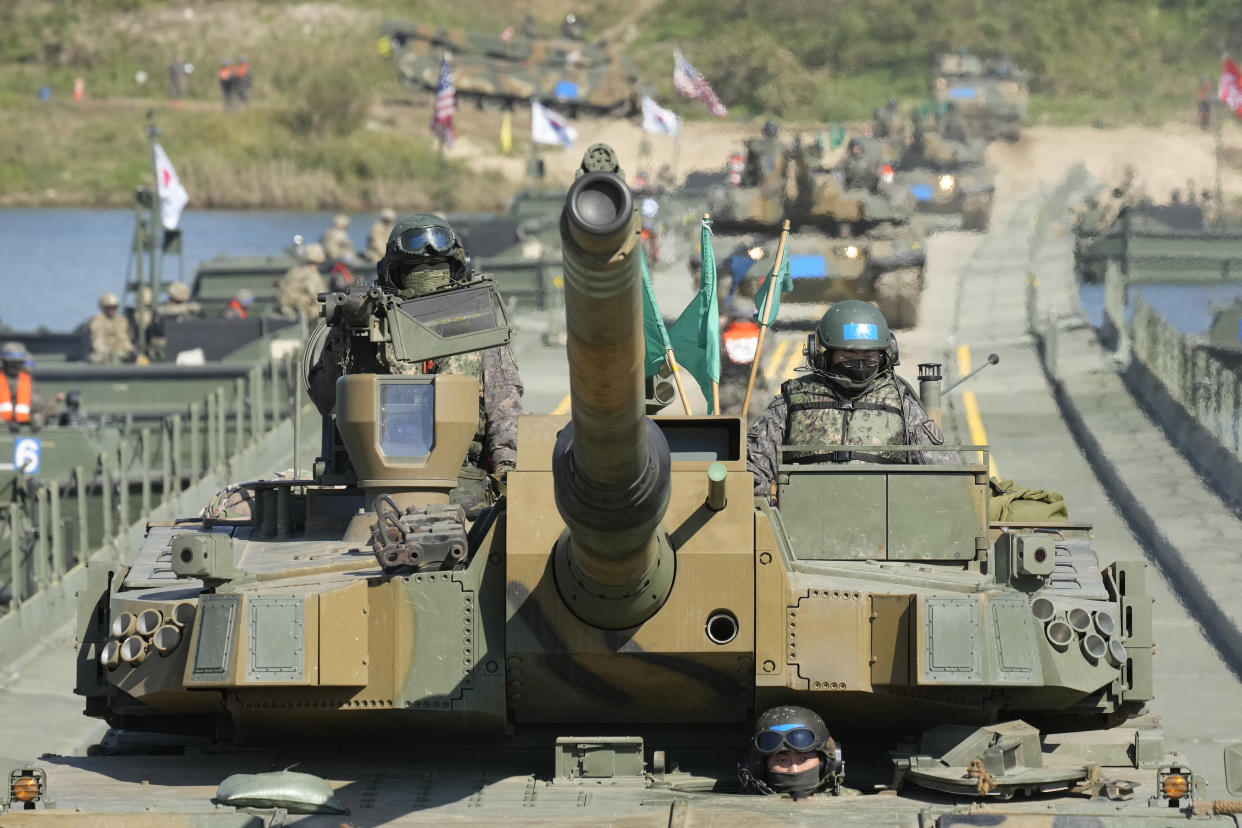 North Korea’s Foreign Ministry criticized the United States for expanding joint military exercises with South Korea that it claims are practice for a potential invasion, and it warned Tuesday of “more powerful follow-up measures” in response.

The statement from the ministry came as the U.S. and South Korea conduct aerial drills involving more than 200 warplanes, including their advanced F-35 fighter jets, as they step up their defense posture in the face of North Korea’s increased weapons testing and growing nuclear threat.

North Korea has ramped up its weapons demonstrations to a record pace this year, launching more than 40 ballistic missiles, including developmental intercontinental ballistic missiles and an intermediate-range missile fired over Japan. The North has punctuated those tests with an escalatory nuclear doctrine that authorizes preemptive nuclear attacks in loosely defined crisis situations.

The U.S. and South Korea have resumed large-scale military drills this year after downsizing or suspending them in past years as part of efforts to create diplomatic space with Pyongyang and because of the pandemic.