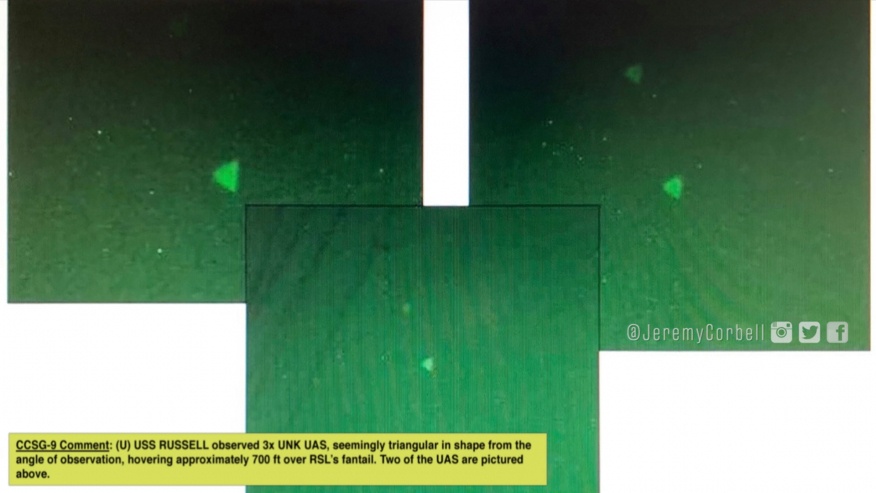 The Pentagon has admitted that a US Navy destroyer captured an eerie night-vision footage of mysterious flashing objects flying above it and another warship.

Corbell said he verified the startling video’s authenticity after gaining information from an intelligence briefing from the Pentagon, where officials confirmed the footage was shot by the Navy but did not describe the contents.

In the short clip, recorded by personnel aboard the USS Russell, three faint orbs are seen hovering above the warship. A triangular object also is seen in the footage.