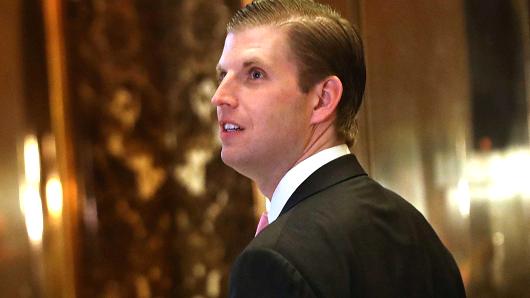 New York’s attorney general is looking into a report that the Eric Trump Foundation funneled more than $1 million from charity golf tournaments into President Donald Trump’s business, a spokesman for the attorney general said on Friday.

Forbes magazine reported this week that the charity run by Eric Trump, the president’s second-oldest son, paid the Trump Organization to use its properties for charity events in recent years even though Eric Trump had told donors that the golf course and other assets were being used for free, so that just about all the money donated would help sick children.

Forbes reported that based on filings from the Eric Trump Foundation and other charities, more than $1.2 million “has no documented recipients past the Trump Organization.”

Eric Soufer, a spokesman for New York Attorney General Eric Schneiderman, said in an email that his office was looking into issues raised by the Forbes story.

Soufer did not immediately respond to a later request for details about the examination.